Reclaiming Your Voice: Saying No to Emotional Abuse 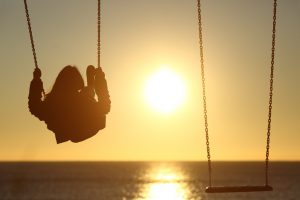 The term “domestic violence” is an umbrella term that encompasses so much more than just physical violence. It involves a pattern of manipulative behaviors meant to control and maintain power over another individual, and it can happen in any type of relationship. While physical and sexual abuse are the most obvious forms of violence, emotional abuse—often referred to as “invisible wounding”—is something many people encounter, whether in childhood or as an adult, and its effects can be every bit as damaging.

Working in the domestic violence department at a local counseling agency, I frequently encountered individuals who were not sure they “deserved” to be seeking services. Many came in at the urgings of friends or family members, but because they had no bruises, broken bones, or black eyes to show, they timidly questioned whether they were in the right place for the right reasons.

When I teach tools for building self-esteem, I talk a lot about how we all have a little voice in the back of our heads, feeding us messages all day long. That voice is often referred to as “self-talk” and it plays a huge role in how you feel about yourself; however, as one of my recent workshop participants pointed out, that voice may not always feel like your own. Sometimes the messages we repeat in our own thoughts echo the voices and messages we’ve heard from significant figures in our lives, be it a parent, sibling, teacher, partner, spouse, or other individual.

Over time, the negative, hurtful, or discouraging messages we hear from others get internalized and may cause us to doubt our abilities or value. While some harmful messages are well-intended—for example, a parent focusing on why you got a B instead of an A on a test—others are downright mean, shaming, and belittling. They keep us trapped in a place of self-doubt, holding us back from living up to our full potential.

Eventually, emotional abuse takes a toll on your happiness, self-esteem, and ability to trust in yourself. These consequences of emotional abuse can be just as painful and detrimental as a physical blow.

Bullies and individuals who are abusive or narcissistic may intentionally put you down in their attempts to make themselves feel more powerful. This type of emotional abuse tends to happen so gradually and subtly over time that a victim may not even recognize the behavior as abusive until they are stuck in a seemingly hopeless position. Eventually, emotional abuse takes a toll on your happiness, self-esteem, and ability to trust in yourself. These consequences of emotional abuse can be just as painful and detrimental as a physical blow.

Emotional abuse can wreak havoc on a person’s sense of identity and well-being. It can involve verbal abuse—put-downs and name-calling—and any form of belittling or humiliation. Emotional abuse can also include mind games and attempts to make another person feel guilty or at fault via unwarranted jealousy or something called “gaslighting”—manipulating somebody into doubting themselves.

Emotional abuse may also involve making threats—to leave, take away the children, cause physical harm, cut off financial support, or go through with suicide—and can leave an individual feeling isolated as the abusive person attempts to control who the victim sees and talks to. Coupled with the blaming, denial, and minimization that an abusive person may display, these behaviors can make it extremely hard for somebody in an emotionally abusive situation to maintain the confidence and sense of self-worth that is paramount to leading a healthy and fulfilling life.

The damage from emotional abuse can be profound and the scars run deep; however, it is possible to take back control of your life. Doing so takes courage and determination. It involves beginning to believe in your worth and starting to let go of the disparaging commentary you’ve incorporated into your inner dialogue. As you gain self-acceptance, you may be better able to stand up for yourself, be assertive, and set healthy boundaries.

If you have been affected by emotional abuse, I encourage you to seek help from an experienced therapist to work through the lingering hurt and trauma as you reclaim your voice. Be advised that while the long-term benefits of standing up to emotional abuse are worthwhile, the short-term setbacks may seem insurmountable. Because an abusive person typically seeks to maintain power and control, your attempts to begin standing up for yourself may be met with resistance and an even greater attempt to break your spirit down. But don’t let this hold you back.

Imagine a balancing scale: As you become healthier and begin standing up for yourself you gain back some control, evening the scale and causing the abusive person to lose some sense of power. The abusive person may increase the attempts to control you in order to raise their end of the scale back up and push your end farther down.

Be aware that these attempts may result in an escalation of abusive behaviors. Where there is emotional abuse, there is an increased risk of potential physical violence, so if you feel unsafe it is especially important to get support in your journey to heal and become empowered. As you learn methods to stay safe and increase self-esteem, you can begin to renounce the negative messages thrown your way and instead acquire your own voice of self-acceptance. With time and effort, you will be able to maintain your position in that balancing scale, sending the message that you will not tolerate being emotionally abused.