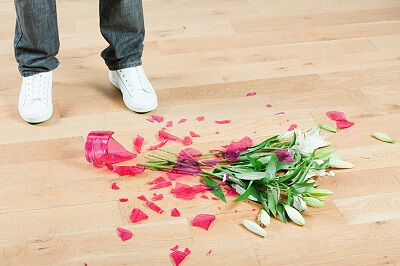 Guilt is a feeling people typically have after doing something wrong, intentionally or accidentally. A person’s sense of guilt usually relates to their moral code.

Guilt isn’t necessarily bad. Sometimes it’s even productive. Feeling bad after making a mistake can lead to change, such as an apology or a decision to make different choices in the future. A “guilty pleasure” can describe something harmless a person enjoys even if they feel they shouldn’t or are embarrassed about their tastes.

But guilt is sometimes unhelpful. It can cause physical symptoms, self-doubt, decreased self-esteem, and shame. It can be difficult to overcome these feelings, especially in the case of chronic guilt. But it is possible, especially with help.

If you are struggling with feelings of guilt, contact a qualified counselor who can help you get to the root of these feelings, understand why they persist, and help you address them. Doing so can help prevent them from affecting you negatively.

It isn’t always easy to understand what guilt is. In fact, guilt and shame are often confused with each other, though they’re distinct emotions. Guilt describes a sense of regret or responsibility that relates to actions taken. People may feel guilt over things they actually did wrong, things they believe were their fault, or things they had no responsibility for. Survivor’s guilt, for example, can affect people who survived tragedies when many others died.

People tend to only feel guilty over actions they see as “bad” or “wrong.” A person who believes they are entitled to a higher wage may steal small amounts of money from their boss without ever feeling guilty. But a person who finds a wallet and keeps the money inside without making any effort to find the owner may feel guilty for months or even years, if they believe the “right” thing to do would have been to turn in the wallet.

Some people experience chronic guilt, which can lead to feelings of inadequacy. This type of guilt can lead to destructive actions instead of positive change. People might also manipulate others with what’s known as a “guilt trip” by using a person’s guilty feelings as a tool to them to do what they want.

Someone who feels guilty about something they did might take steps to correct their mistake, apologize, or otherwise make amends. This usually causes feelings of guilt to decrease.

But shame, which describes a regret or sense of responsibility that relates to the self, can be more difficult to address. It’s not always easy to reduce feelings of shame, especially shame that isn’t fully understood. People sometimes feel ashamed of some part of themselves without knowing why. A person might also feel shame when other people know about actions they feel guilty over.

Shame can cause people to feel unworthy or somehow inadequate. It may lead to isolation, acts of self-punishment, or other potentially harmful behaviors.

Guilt is a conditioned emotion. In other words, people are conditioned (they learn) to feel guilty. Certain factors may make it more likely a person experiences chronic or excessive guilt. These factors might include their culture, family, or religious upbringing. If parents consistently make a child feel guilty or consistently withhold praise, for example, the child may come to feel that nothing they do is ever good enough. This can lead to a guilt complex.

People who struggle to overcome feelings of chronic guilt may have a higher risk for depression, anxiety, or other mental health concerns. People who have mental health issues may, in turn, become overwhelmed by guilty feelings about their mental state or related behaviors. A person with depression who self-isolates may feel guilty for shutting out their friends but be unable to help doing so, for example.

Guilt that relates to past mistakes or failures can set a person up for continued struggles. Sometimes, guilt can also keep a person from having fulfilling relationships with others.

In general, there are three different types of guilt.

Some researchers further divide guilt into two categories. These categories can be considered separately from the above types of guilt.

A number of sources can contribute to guilt.

A child generally learns about “right” and “wrong” from family members, especially parents. When a child misbehaves, parents will usually express disappointment and issue a consequence. Knowing their parent is disappointed may trigger feelings of regret. The child may want to do whatever they can to win back approval from their parents.

When a person’s culture holds that a certain behavior is wrong, a person may feel guilty even if their own moral code tells them there is nothing wrong with the behavior. An unmarried person brought up in a culture that discourages sexual relationships outside of marriage may feel guilty when they have sex, even if they believe it’s perfectly fine to have sex without being married.

A guilt culture emphasizes the effects of a person’s behavior on others and connects this to how that person is viewed by others. When a person’s actions cause others harm or distress, that person loses societal respect, or “face.” Until they make amends, they are often seen as “disgraced” in the eyes of society. In guilt cultures, fixing the mistake, apologizing, and/or somehow making amends can repair the damage.

Some religious traditions emphasize guilt more than others. If a person’s actions aren’t in line with the teachings of the religion, guilt often stems from their belief that a divine power knows their actions and holds them accountable. This often drives a person to confess their wrongs, repent (an action within the self), and do something to fix the wrong.

The idea of a “guilty conscience,” or an internal voice that tells someone when they’ve done wrong, is not strictly religious, but it is often part of religious traditions. A person who feels guilty may be urged by this internal voice to somehow fix their mistake.

Guilt can result from worrying what other people will think about certain beliefs or behavior. In this way, society can have a big impact on a person’s sense of guilt. Knowing that other people may see and judge actions can affect a person’s choices. This guilt can be a good thing, as it supports the social norms or moral rules people generally follow, such as “It’s wrong to steal” or “If I hit someone’s parked car, I should leave a note with my phone number and name.”

The psychological effects of guilt can be beneficial when they inspire a person to make changes in their behavior. But at other times they can cause distress. Research has shown that guilt and depression are often linked, for example. Research also suggests that anxiety, as well as obsessive-compulsive disorder (OCD), can be related to feelings of guilt or shame.

When a person can’t fix a mistake, guilt can persist until they have the chance to make amends. Guilt resulting from an action that can’t be repaired, such as when a person feels they indirectly caused another’s death, can have a lasting, negative impact on life. Therapy can often help a person address these emotions and reframe their feelings about what happened.

Another effect of guilt is a guilt complex. This is persistent guilt over harm a person believes they have caused. They may not have done anything wrong, but they live in fear they will, or believe they are always making mistakes and “can’t do anything right.” A guilt complex can be associated with anxiety and shame. It may relate to a person’s childhood: When parents are overly disapproving or withhold praise, children may frequently feel guilty for what they see as their “badness.”

People with unresolved guilt might feel irritable or always on edge. They may be overly clingy or apologetic.

Feelings of guilt also often manifest as physical symptoms. These might include:

Generally, addressing the guilt will help resolve these symptoms.