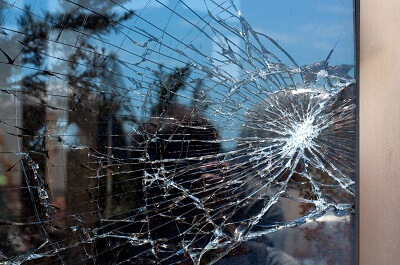 Physical abuse may bring immediate harm to someone, but its effects can also be long-lasting. A person who has experienced physical abuse, especially in childhood, may be more likely to experience emotional and psychological difficulties later in life. Those who have survived domestic violence, an abusive relationship, or other abuse in adulthood may also experience distress related to the effects of abuse long after it has stopped. The support of a therapist or other mental health professional can often help an individual recover from these effects.

Physical abuse can take many forms, and anyone might be a victim of abuse. Children are often more likely to experience abuse at the hands of a parent, caretaker, or sibling, while an adult might be physically abused by a spouse, partner, or significant other. Elder abuse—mistreatment or neglect of an older adult—may also include physical abuse and is often perpetrated by a caretaker, who might be a paid professional or a family member. Those in positions of power might also physically abuse individuals in their care.

The following actions are typically considered to be abusive:

Different cultures may have varying ideas of what constitutes abuse. In some countries, it is legal for a man to use physical force on his wife or children, though the United States made spousal abuse a criminal offense in the 1970s. Spanking a child is considered to be abusive by many, but corporal punishment is still practiced in many homes and schools around the world. As of March 2014, 19 states in America still allow corporal punishment in schools, although this form of discipline is rarely practiced.

Laws such as the Violence Against Women Act and the Family Violence Prevention and Services Act work to prevent and address violence against women and children, establish protection and support for victims, provide legal aid and other services to victims of violence, and provide funding for shelters and programs that address domestic violence on a community level. However, laws defining domestic violence and abuse differ from state to state, and some states may not offer as much protection to victims as others. In some instances, laws may provide protection to a survivor of abuse, assault, or domestic violence, but in other cases, assistance from advocates, support groups, health care professionals, or the police may also be helpful.

The Child Abuse Prevention and Treatment Act is an important piece of legislation that works to keep all children safe from abuse and harm. Other laws that aim to stop child abuse include mandatory reporting laws, which require all health care professionals and many other individuals who work closely with children to report child abuse, whether it is known or only reasonably suspected. In 18 states, any person who suspects child abuse must also report it. All states, as well as American Samoa, Guam, the Northern Mariana Islands, Puerto Rico, and the U.S. Virgin Islands have some form of mandatory reporting law.

Physical symptoms of abuse might include burns and scalds—especially those that appear in particular or unnatural patterns—bruises, bite marks, frequent fractures or broken bones, chronic injuries, or chronic health concerns. However, the presence of any of these physical signs may not necessarily indicate abuse, especially in children, who can be prone to falls or other accidents that cause injury. When an individual has frequent injuries or bruises, when the injuries appear to have a pattern, or when the explanation of the injury does not fit, then investigation of the situation may be recommended.

Individuals—adults and children—who appear suddenly withdrawn, anxious, or aggressive, or who exhibit any of the following behavioral signs, especially in combination with the physical symptoms listed above, may be experiencing abuse:

While abuse is always a serious concern, shaking or throwing a baby or small child can often be fatal. Injuries received as the result of a head injury, when not fatal, may lead to brain damage, disability, speech or visual impairment, or learning difficulties later in life. Babies who have been shaken may also sustain internal injuries, broken bones, or fractures. While respiratory problems, seizures, vomiting, irritability, lethargy, or lack of interest in eating may also indicate a baby might have a head injury, abuse may not always be the cause. No matter the potential cause, an individual who has reason to believe a baby has been shaken or thrown should seek medical attention immediately.

Abuse can have long-lasting effects. A person who was abused in childhood may be more likely to experience issues such as depression, anxiety, suicidal ideation, and eating disorders later in life.

Those who have been abused may also experience posttraumatic stress, use substances to help cope with trauma, have difficulty connecting with others, or experience low self-esteem. Individuals may also dissociate or be diagnosed with other conditions related to personality issues. Children may develop oppositional defiant behaviors or other conduct issues following severe abuse. 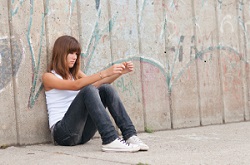 Because the perpetrators of abuse are often trusted by those they hurt, an individual who has been abused may experience conflicting emotions regarding the abuse. An individual may still love the person who is abusing them and find it difficult to reconcile this love with the reality of the abuse. Some may believe the abuse is their fault, be convinced that it was a one-time event, or fear leaving the abusive partner or parent. Some children who are abused may have nowhere else to go, and some victims of domestic violence stay with abusive partners for the same reason. Constant fear of future abuse and for the safety of oneself and one's children can place significant stress and emotional distress on an individual. Frustration and depression may also occur, and some individuals who have been abused may self-harm to cope or consider suicide as the only way to escape the abuse.

A person who is able to leave an abusive situation may worry that an abusive partner or family member will be of further threat and experience anxiety and distress, finding it difficult to maintain a sense of inner peace long after the abuse has stopped. Memories of the abuse experienced, which often affect an individual strongly when that person attempts to form an intimate relationship or begin a family, may also cause significant distress. A person who was abused as a child may fear perpetuating the abuse and resist becoming a parent as a result.

Memories of abuse can be intense, and they may interfere with one's ability to live life. Though some people who have been abused may be advised to forget the painful memories and move forward in their lives, this task is generally not an easy one, and while burying the memories may serve some purpose, it may not be healthful or helpful for some. It may be most effective for individuals who have been abused to examine and address their feelings of anger, grief, guilt, or anxiety with the help of a mental health professional.

During the course of therapy, some individuals may be able to let go of painful memories and experience some measure of forgiveness for the person who abused them. However, when the abuse is not addressed or treated, individuals may continue to experience mental distress and difficulty throughout life and may be more likely to become abusive themselves.

Leaving an Abusive Situation or Relationship

It is often difficult for a person who has been abused to leave. Children who are abused by parents or other caretakers may attempt to report the abuse, but they may not be believed. When they are believed, or when abuse is reported by an outside individual such as a teacher or childcare provider, a lengthy investigation may stall the removal process and may have the effect of worsening the abuse.

Some children do not report abuse at all, especially when an abuser threatens the child or the child's family. They may believe the threats or fear having nowhere to go. Victims of domestic violence may resist reporting abuse out of fear of physical retaliation and fear for the safety of their children. Many individuals who are abused by partners have few resources of their own or feel constrained by culture, family, or religion. They may feel they are trapped in the abusive situation. Some may avoid reporting abuse out of the fear that gender, race, ethnicity, or sexual orientation may prevent them from receiving help and support.

There are many resources available to individuals who are victims of abuse, and unbiased, accepting support can be found. In order for a person to safely leave an abusive situation, however, all barriers and safety concerns must be addressed. Seventy-five percent of homicides related to domestic violence occur upon separation, so individuals who wish to leave an abusive situation may often wish to have a variety of safety precautions established before attempting to leave. Crisis helplines, such as the National Domestic Violence Hotline, can provide resources and support. Therapists and health care professionals may also be able to provide help and resources to individuals in crisis.

Individuals who are the victims of abuse may find it difficult to discuss their situation with others, but family, friends, and counselors may be sources of help and support. All areas are also likely to have their own local support services, and these local organizations may help some individuals formulate a plan of action.

How Therapy Can Help Treat Effects of Abuse

Survivors of physical abuse may find therapy to be helpful. A mental health professional can help individuals explore feelings of anger, grief, frustration, and fear and address conditions that may have developed as a result of abuse, such as depression, anxiety, and other issues. Support groups for survivors of abuse can be beneficial to some individuals, and play therapy is often recommended for children who have been abused. Role play therapy has also been shown to provide benefit, and when PTSD is present in an individual who has survived abuse, Eye Movement Desensitization and Reprocessing (EMDR) may be recommended, as it has proven to be effective at treating trauma.

Because abuse can have extensive and lasting effects, the therapist will generally focus on isolating and addressing these, helping the person in therapy work through them as that person becomes ready to do so. Therapy following abuse may also help individuals regain a sense of safety and realize the abuse did not occur as a result of any of their actions.

A person who has been the perpetrator of abuse can also receive treatment in therapy. Often counseling will be ordered following jail time or in lieu of jail time, as part of the rehabilitation process. Therapy may be effective at helping some individuals redirect their impulse to resort to violence and thus can help prevent further instances of abuse. However, for therapy to work, the individual generally must truly wish to change, and therapy is not recommended for all individuals who have committed acts of abuse.