The GoodTherapy.org Position on Psychotropic Medication

As the leading advocate for healthy psychotherapy, we are approached daily by people who want advice about psychotropic medication. The most common question people have is whether GoodTherapy.org recommends medication to deal with mental health concerns such as depression, anxiety, and others. "Should I take medication for _______" is one of the most frequent queries we receive. In all instances we recommend that site visitors discuss medication with their health care providers. GoodTherapy.org is not authorized to make recommendations about medication or serve as a substitute for professional advice. Nonetheless, we aim to provide useful resources about medication to our visitors and clearly outline our position on the use of medication for mental health purposes. 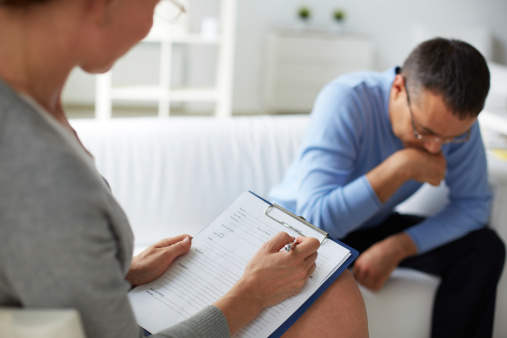 The Role of Psychotherapy

Many emotional and mental health issues are not reducible to a biochemical imbalance. Often, psychological concerns originate and are influenced by life events—what happens to and around us. Because medications do not change how people relate psychologically to their experiences, medication alone cannot "fix" all psychological issues. Treatment with medication alone can be like stitching up a bullet wound without taking the bullet out first.

What’s more, according to research done at Northwestern University, oversimplification of what causes depression has led to the development of antidepressant drugs that are actually designed to treat stress. Because the same research shows that, in animal models, chronic stress does not cause depression, these medications are often ineffective. Psychotherapy, on the other hand, is often able to discover and treat some of the mental health issues that may contribute to depression, such as psychological trauma and anxiety. For example, a 1995 Consumer Reports  study shows that some individuals experiencing mental health issues were significantly helped by psychotherapy. The study found that long-term therapy had, in general, the most beneficial effect, and that treatment with therapy alone was no less effective than treatment with medication and psychotherapy.

Dr. Daniel Carlat, a psychopharmacologist, wrote about his own experiences prescribing psychotropic medication in the article “Mind over Meds,” which appeared in a 2010 issue of The New York Times Magazine. He found that the individuals he treated responded better to treatment with psychotherapy and medication together than they did to treatment with medication alone, and that by providing more counseling, he was better able to understand the true nature of their concerns. Research supports his findings, showing that therapy can stimulate the growth of neurons and synaptic connections between neurons. Medication for depression, anxiety, and other emotional problems does not do this. This is why therapy is capable of healing core problems and facilitating long-term changes, and why medication alone cannot.

For an in-depth comparison of medication and psychotherapy, read Doctor, Do You Think I Need Medication?

Psychotropic drugs are prescribed to treat a variety of mental health issues when those issues cause significant impairment to healthy functioning. Psychotropic drugs typically work by changing or balancing the amount of important chemicals in the brain called neurotransmitters. Some mental health issues show improvement when neurotransmitters such as dopamine, serotonin, and norepinephrine are increased or decreased. Psychotropic drugs are usually prescribed by a psychiatrist, a psychiatric nurse practitioner (PMHNP), or a primary care physician; in some areas, clinical psychologists may have prescriptive privileges as well.

One in four individuals, or about 25% of the population, will experience a mental health issue at some point in their lives, according to the World Health Organization. Depression and anxiety are among the most common issues, and these issues can affect people regardless of age, gender, ethnicity, or background. Researchers cannot say with certainty what causes most instances of mental health impairment. Environmental factors and genetics often combine to predispose someone to a particular problem. In other cases, traumatic events or serious injuries result in psychological symptoms that persist for years.

Some individuals feel that psychotropic drugs are often not enough by themselves to help someone overcome a mental health issue, and many healthcare providers recommend that an individual use them as a supplement to therapy, not as a replacement for therapy. Social support from family and friends, structured therapy, lifestyle changes, and other treatment protocols can all be important factors in the recovery process. Severe mental health issues may require inpatient rehabilitation before the person experiencing them can return to everyday life.

A cause of concern to many is the practice of prescribing medications that were originally developed for adults to children. The increase in diagnoses of psychiatric conditions in children---bipolar in particular---has led to an increase in the amount of children who take psychiatric medications, some of which have only been fully tested in adults.

Though these medications have been shown to help relieve at least some symptoms in minors, at least for the short-term, questions have been raised about the long-term effects that some of the medications might have on developing children and whether these children actually have conditions that were originally thought to only exist in adults. In the PBS FRONTLINE production, The Medicated Child, this topic is explored by Marcela Gaviria, who questions psychiatrists and researchers about the risks and benefits of prescribing psychiatric medications to children with mental health conditions.

Several different types of medications are used to treat mental health conditions. The following is a list of the major categories of psychotropic medications:

Based on 2013 data, here is a list of the 10 most prescribed psychotropic drugs in the United States (with the number of prescriptions written during the year):