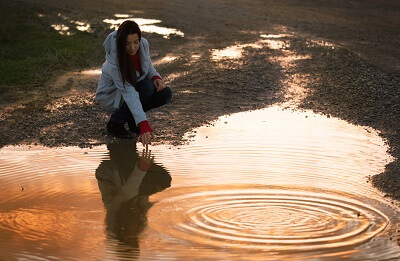 The Greek god Narcissus was known for his beauty. He was so enamored of his own appearance that he spent much of his life gazing at his visage in a pool of water. He was contemptuous of those who loved him, causing some to end their own lives in an attempt to prove their devotion. His story is a cautionary tale about the catastrophic effects of excessive self-love. People with narcissism or narcissistic personality disorder display traits similar to those of Narcissus.

Prevalence estimates of narcissism vary and may not be reliable. This is because few people with NPD seek treatment. Even when they do, they may not readily admit to narcissistic symptoms or personality traits. For this reason, NPD remains poorly understood and is not well-studied.

Narcissism is more common in men than in women. Research published in 2008 suggests a lifetime rate of NPD among men of 7.7% compared to 4.8% among women.

Signs and Symptoms of Narcissism

People with narcissism, sometimes referred to pointedly as “narcissists,” are excessively fixated on their own needs, while simultaneously obsessed with gaining approval from others. Their relationships with others are superficial, designed as a source of admiration rather than a channel for mutual intimacy. They may engage in narcissistic abuse, either using someone as a tool to feed their ego or neglecting the needs of someone who depends on them.

The DSM-5 radically overhauled the previous DSM-IV diagnostic criteria for NPD. Under the new guidelines, to qualify for a personality disorder diagnosis, a person must have:

The characteristics of NPD include:

These broad categories of behavior may cause a narcissistic person to display many of the following narcissism symptoms:

A 2015 American Journal of Psychiatry review criticizes the DSM-5 for a limited definition that fails to fully capture the diverse array of traits people with NPD display. Drawing upon previous research, that study points to four distinct sub-types of NPD:

Members of these two categories rarely seek treatment, unless the loss of a job, loved one, or financial well-being threatens their sense of self.

Two other sub-types struggle more with daily functioning and are more likely to seek treatment:

Examples of Narcissistic Behavior and Traits

In the popular imagination, a narcissist is a self-centered egotist who constantly seeks admiration. Narcissistic traits, however, exist on a continuum. They range from subtle to dramatic and can vary with context. Some examples of the continuum of narcissistic traits include:

NPD can change a person’s perceptions of what’s normal and affect their ability to judge the feelings, motives, and behavior of themselves and others. This can have catastrophic effects on relationships, especially with children and romantic partners.

Narcissists are not sociopaths. Sociopathy is not a diagnosis. However, the traits of antisocial personality disorder (APD) closely mirror many of the traits people associate with sociopaths. Symptoms of APD include lack of empathy, callousness, disregard for the rights of others, impulsive behavior, deception, and failure to conform to moral norms. People with APD may hurt people or animals, steal, or lie.

NPD is distinct from APD, although APD sometimes co-occurs with NPD. So-called “malignant” narcissists may have co-occurring APD. They may behave aggressively or even sadistically, enjoying a sense of control derived from the pain of others.

The behavior of people with NPD, especially those who have more extensive symptoms, may appear sociopathic. For example, a parent might neglect their child, opting instead to pursue fame and fortune. An employee might lie about their work or co-opt the work of others, even when this costs coworkers their jobs or self-esteem. The distinction here is that narcissistic behavior is motivated by excessive self-involvement that blunts empathy. Sociopathic behavior occurs when a person completely lacks empathy, or when they enjoy the suffering of others.

Can a Narcissist Change?

When a person with NPD enters treatment against their will, treatment is unlikely to work. However, if a therapist can help the person see how NPD undermines the client’s quality of life, relationships, or opportunities for success, this may motivate them to change.

Research on treatment options for NPD is mixed. There are no empirically supported clinical guidelines for treatment, and no drug has been FDA-approved specifically for narcissism. There is no “gold standard” therapy. Treatment instead focuses on specific symptoms, and may evolve as a person’s symptoms and treatment goals change.

People with narcissistic personality disorder can and do change, but only when they are willing to put in significant effort. More extreme narcissism, especially narcissism that co-occurs with antisocial personality, is more resistant to treatment.

Therapy is the most effective treatment for narcissism. Effective therapy focuses on two components of NPD: (1) the emotions and beliefs that drive NPD, such as entitlement; and (2) the behaviors associated with narcissism. Effective therapy involves helping a person with NPD understand how their emotions drive their behavior. A therapist can then work with a client to set goals for behavior changes.

Some treatment approaches that may help include:

Is There a Narcissism Test?

It’s easy to find narcissism quizzes online, but these tests are not supported by clinical research. Some online tests may incorrectly diagnose people as having conditions they don’t have. Others may miss true narcissism. Many behaviors that seem narcissistic may be motivated by something else. Narcissism and depression, for example, can look similar when depression causes a person to be preoccupied with their own problems.

Rather than seeking a diagnosis from a test, or diagnosing another person based on a few internet articles, it’s best to see a clinician who specializes in personality disorders. Seeking help from a licensed clinician also makes it easier to get effective treatment.

Therapy can help with narcissism. The right therapist can support a person with NPD to understand the effects of their condition and steadily move toward healthier behaviors. Effective therapy for NPD is free of judgment and stigma, and honors the client’s goals.