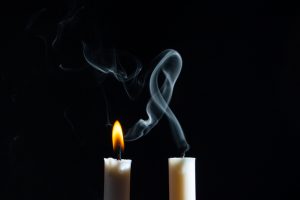 In my work with people who have survived narcissistic abuse, I find that many have endured a devastating form of emotional abuse called gaslighting.

The film Gaslight (1944), starring Ingrid Bergman and Charles Boyer, is based on a 1938 play from which the term originates. In the movie, Bergman’s character falls head-over-heels in love with her significant other, played by Boyer, a dapper gentleman with classic signs of narcissism. Boyer’s character rushes Ingrid into marriage after a whirlwind romance, before she has any time to process the speed and savvy with which her suitor has wooed her.

Swiftly, the couple is married and moves into a London brownstone, whereby Boyer slowly inflicts an insidious form of emotional abuse that leads Bergman to question if she has lost her sanity, believing her captor as having omnipotent power.

Boyer literally dims the gaslights in their flat every evening, without Bergman knowing that her partner is playing mind games with her. Boyer slips away to the upstairs attic every night to create a climate of unease and brainwashing. When Bergman questions if Boyer has witnessed the flickering lights, he denies having any knowledge of such incidents, and gradually implies and insinuates that Bergman must be “going crazy” or “seeing things.” With time, Bergman believes she is losing her mind because she depends on Boyer as her window to reality.

The film is an excellent example of how emotional abuse can slowly creep up upon an otherwise healthy, innocent target, only to overwhelm and devour the abused person’s sense of reality, self-confidence, and personal power over time.

Gaslighting in this day and age can exist simply by an abuser denying the confirmation of reality to a target. The abused individual could be a love object, family member, or colleague. Typically, such a lack of validation or confirmation of reality is a slow or insidious process wherein the targeted person gradually comes to doubt his or her sense of what is. Initially, the abused person may question if he or she misunderstood the situation, and often believes that the abuser knows better and has superior comprehension of the circumstances. With time, self-esteem is also stripped of the abused person until he or she realizes he/she has been denied trust and honesty with a loved one.

In my practice, I see many individuals who have endured such abuse either in their families, love, or work relationships. Psychotherapy can be helpful in healing from this form of trauma. Often, healing involves allowing the abused person to narrate his or her story in as much detail as possible, such that the person can in effect master his or her trauma and become empowered to lower the cognitive dissonance that rises oppressively in such an abusive relationship. As mentioned in my prior article on cognitive dissonance, this confusing state of mind occurs when an individual holds two diametrically opposed ideas, and the result is tremendous anxiety, which can include obsessive thoughts, panic attacks, and depression.

Cognitive dissonance can be one of the results of the emotional abuse tactic of gaslighting. Bergman’s character held in her mind that her lover, Boyer, had the best of intentions for Bergman and was protecting her from her own unraveling mind. Doubts slowly crept up in her mind that her lover may have ulterior motives. The horror of fathoming that Boyer’s character could be sociopathic/narcissistic created a suspended state of denial for Bergman, who then further suppressed her own reality of the situation, sinking into utter despair and apparent anxiety and depression.

With the help of a skilled therapist who knows how to support survivors of narcissistic abuse, people can thrive and restore their confidence in themselves. Mastering the trauma by narrating a story helps to synthesize facts, even contradictory and confusing facts/emotions caused by gaslighting and cognitive dissonance. With a compassionate, nonjudging psychotherapist, the abused person then learns or relearns how to trust his or her perception of the abuse history, thereby strengthening the individual to release the trauma and any associated anxiety. Increasing coping skills in moving through anxiety and depression is also essential, in addition to mourning the loss of the abusive relationship.