Is Being ‘Thick-Skinned’ Your Strength or Your Weakness? 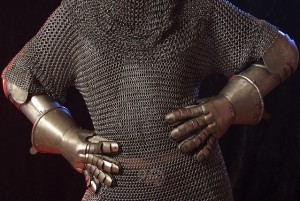 You’re strong. You’re thick-skinned. You don’t take it personally when someone vents emotional distress on you.

These are admirable, useful qualities. Having thick skin makes it easier for people to be themselves with you, and for you to be with other people. It allows you to hear the message beneath the emotion, protecting you from the outburst. If you didn’t have thick skin, you could be emotionally overwhelmed or your ego could be crushed by the anger or criticism of others.

But everything has two sides. The potential negative side of being thick-skinned is being too permissive and accepting verbal abuse. The worst-case scenario is your thick skin keeps you in relationships that devolve into physical abuse. It’s important to consider when a strength has become a weakness.

Here are some questions worth asking when you feel your thick skin being tested:

The bottom line is other people shouldn’t hurt you. You might be able to take it, but maybe you shouldn’t.