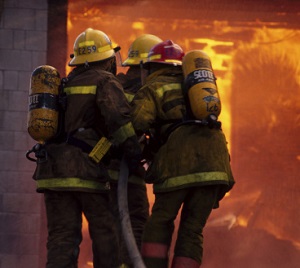 Courage is a measure of a person’s ability to cope with physical or psychological pain and challenges. The term is sometimes used to refer to people who appear to be fearless, but is generally used when people are able to do something frightening even if they feel afraid.

Courage is as much a philosophical concept as it is a psychological one, and different cultures, writers, and psychologists have defined courage differently. People with lots of courage often appear fearless but might actually experience high levels of fear; in these cases, the fear does not act as a deterrent to confronting challenging obstacles. Examples of courage might include a person facing his or her rapist in court, a person signing up for the military, or a person asking his or her boss for a raise.

Courage as a Personality Trait

People are sometimes described as courageous, and a person’s individual courage can affect his or her personality. People who measure high on anxiety scales often exhibit less courage than people with low measures of anxiety. Because anxiety is relatively stable across a person’s life span, courage can also appear relatively stable. However, anxious people can behave in courageous ways, especially when they learn to cope with their anxiety and confront frightening obstacles.

There are many techniques people can use to increase courage. Deep-breathing in a moment of fear can help people regain the calm and focus they need to confront fearful situations. People with very high anxiety or anxiety disorders sometimes benefit from psychotherapy or anti-anxiety medications. Improving self-esteem sometimes improves courage because self-esteem can affect a person’s assessment of his or her ability to complete a challenging task. Strong social support can also increase courage; people with loving, supportive friends and family often feel less afraid of failure and better-equipped to get the support they need to complete challenging tasks.

The field of positive psychology, which is dedicated to building upon people’s strengths rather than treating their weaknesses, often focuses on helping people develop courage.