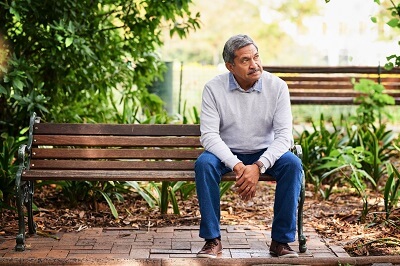 Self-doubt can be understood as a feeling of uncertainty regarding one or more aspects of the self, such as confidence or likability. Some degree of self-doubt is generally held to be normal, because many people may question their ability to master new or challenging situations. If self-doubt becomes debilitating, affects daily function, or impedes performance at work or school, a therapist or other mental health professional may be able to offer support and guidance.

Self-doubt can be helpful in some cases, as it often leads to introspection and enhanced performance. Those who worry about not performing well on a given task, for example, may spend more time preparing and thus improve their execution of the project.

However, self-doubt can also be a painful and challenging experience that can significantly impact behavior and performance in a negative way. Some may respond to doubts in the ability to perform by self-handicapping—finding ways to sabotage themselves in order to be able to blame factors other than a lack of ability for their failure. For example, a student who worries about not doing well on a test may not study at all and then blame a resulting poor grade on that lack of studying. This may in some cases encourage a person to make a greater effort to achieve in the future, but it may also contribute to further self-doubt.

Overachievement may also lead to feelings of self-doubt in some individuals. When it is unclear whether ability or efforts led to one's success, uncertainty and self-doubt may flourish as an individual attempts to ensure future success by focusing on every element that might lead to failure. When combined with concern over one’s performance, these feelings of self-doubt may lead some to expend more effort on particular tasks or goals and contribute to a tendency to overachieve.

How Does Self-Doubt Develop?

Self-doubt can stem from early childhood experiences, which may include issues with attachment. Attachment theory holds that children who experience consistently positive interactions with caregivers are likely to form a secure attachment, or a basic understanding that they can rely on their caregivers to meet their needs. This secure attachment bond is believed to likely help lay the foundation for good relationships in the future, and people who develop a secure attachment in early childhood are typically more likely to engage in relationships in which they feel loved and supported.

An insecure attachment, on the other hand, is generally characterized by inconsistent or negative interactions with caregivers. This type of attachment can lead one to question one’s worthiness and may contribute to the development of a general sense of self-doubt, as well as other mental health concerns. A person with an insecure attachment may also experience difficulty engaging in and maintaining healthy relationships in adulthood.

When attempting to overcome self-doubt, some may find it beneficial to focus on the present moment rather than past failures.Being criticized, especially to great extent, may also lead one to develop a tendency toward self-criticism or contribute to one’s self-doubt. Those who are consistently told that they are not good enough, are incapable, or that they are otherwise lacking may internalize these thoughts and experience a level of self-doubt that is harmful to development as well as mental and physical well-being.

Self-doubt can also be explained by Erikson’s stages of psychosocial development. According to Erikson, children go through an important stage of development between 18 months and three years of age. During this time period, they generally focus on becoming more independent and gaining a greater sense of self-control. Children who successfully complete this stage may feel increasingly confident, while children who experience setbacks in their completion of this stage may begin to experience self-doubt and continue to do so throughout life.

Experiencing occasional worries related to competency is considered to be normal, especially when a person faces a task that is new or particularly challenging. However, people who experience chronic self-doubt may experience a wide range of related mental health concerns. 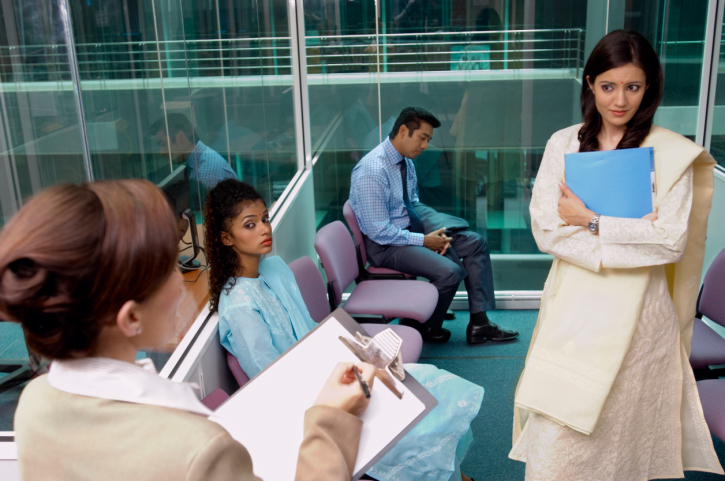 Self-doubt is associated with:

Imposter syndrome, also known as the imposter phenomenon, is a specific psychological phenomenon that is linked to self-doubt. This condition, which can be described as the experience of feeling like a fraud despite having achieved success, is typically characterized by self-doubt, extreme criticism of one’s own performance, and anxiety resulting from the fear that others may realize one is not actually as successful as one appears to be. Those experiencing this phenomenon may attribute their success to luck, uncharacteristic effort, or some other temporary cause, rather than their own ability or intelligence.

In the past, this phenomenon was believed to occur predominantly in women who were high achievers in their studies or professional careers, but research has since shown that it occurs in both men and women, though some groups may be particularly susceptible. For example, a 2013 study found that Asian-American college students were more likely to experience imposter syndrome than either African-American or Latino students were. The condition has been shown to be one predictor of certain mental health concerns, and it seems to occur with greater prevalence in individuals beginning a new task, entering a different stage in life, or taking on a new challenge. Imposter phenomenon may be accompanied by demonstrable clinical symptoms such as anxiety, depression, or a lack of confidence.

Therapy and Treatment for Self-Doubt

When attempting to overcome self-doubt, some may find it beneficial to focus on the present moment rather than past failures. It can also be helpful to focus on positive thoughts and affirmations and spend time with people who are positive and supportive.

When self-doubt becomes overwhelming or has a negative impact on well-being, treatment can often be helpful. Psychotherapy is one potential method of treating self-doubt. Speaking with a trained therapist or other mental health professional can often help one feel supported, and simply feeling understood can help alleviate feelings of self-doubt. A therapist may also be able to help people strengthen their sense of confidence and develop greater faith in their own abilities, but therapy may be particularly beneficial because a therapist may be able to help an individual discover and address the source of the self-doubt.

Cognitive behavioral therapy (CBT) is a form of therapy that is often effective at treating self-doubt. In CBT, people can learn methods to challenge problematic ways of thinking that may often lead to an improved mood and greater overall well-being. Somebody who frequently experiences self-doubt, for example, may come to realize that the negative beliefs held are not actually accurate or realistic. This discovery is often likely to lead to enhanced self-esteem and a decrease in self-doubt.