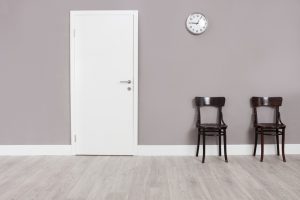 Definitions convey meaning, but in the mental health field they have also historically wrought serious consequences, often while reflecting progress, procrastination, and prejudice.

As words, concepts, and public perceptions evolve along with modern psychology, clarifying certain words can help reduce suffering, encourage treatment, and eliminate the stigma often associated with mental health conditions. However, terms that are outdated, inaccurate, or just ill-conceived can be spread by institutions, media, and fear while halting needed progress.

In recent decades, greater attention has been paid to accurately shaping definitions of conditions, symptoms, and diagnoses. The afflicted—as they were once widely called and viewed—are now more appropriately seen as individuals exhibiting symptoms of a condition.

Words such as “affliction” and “sufferers” can each connote a literal meaning that projects negativity or suggests a threat. Such unsound terms have, in part, been responsible for much of the stigma that still affects the conversation surrounding mental health.

Language, when used by health care professionals, can carry even more weight in shaping public perception and policy. When outdated terminology is implemented professionally or at the public policy level, false meanings may become institutionalized, potentially extending their lifespan by decades.

What’s in a Word?

A 2010 study from the Centers for Disease Control and Prevention (CDC) examined the historical use of the term “wellness” over “illness” in the mental health field, noting each carries a clear but opposing distinction—even when used interchangeably.

One suggests positive energy, enthusiasm, and life itself, while the other reflects the presence of a disease. The CDC report posits, “the major focus of (mental) health reform should be to promote wellness and well-being.”

While more general words like “wellness” are broad and used with considerable flexibility, the greater issue definition-wise is with more specific terms that directly depict false or misleading information. Through ambiguity and assumptions, a thick glossary of malleable terms persists.

A study last year in the journal Frontiers in Psychology examined the issue and aimed to “promote clear thinking and clear writing among students and teachers of psychological science by curbing terminological misinformation and confusion.” The study’s authors offered a provisional list of 50 commonly used terms that they recommended should only be used sparingly or completely avoided.

The spotlighted terms were a mixture of inaccurate, misleading, and often misused definitions. These included:

Described by the authors as “hopelessly vague,” closure is challenged in its popular meaning as a “purported experience of emotional resolution” following a trauma. The authors point to a lack of specificity and research to support the idea that it will be clear when trauma victims reach a desired end to their emotional state.

Categorizing personalities into neat little boxes—such as introvert or extrovert—is still common, even among many medical professionals. This continues despite little significant evidence for the accuracy or completeness of such labels, which often overlook the nuanced degree of various personality traits.

It is often premature to suggest certainty while forgetting that science is provisional and always evolving. The concept of scientific confirmation can convey a clarity that clashes with the self-correcting nature of the field. As the authors suggest, no theory should be viewed as strictly proven, as all theories may end up being overturned by additional evidence.

The idea that long-term perceptions and behavior can be altered through conditioning is not science fiction. Real and positive benefits from changing perceptions and attitudes are possible, but the idea of scrubbing the mind—either voluntarily or involuntarily—suggests erasing emotion rather than treating symptoms. According to the report, the techniques generally used in “brainwashing” are similar to those used in typical persuasion.

The media likely bears much responsibility for the idea that a sudden rash of autism has been seen in recent years despite little corroborating evidence. What did increase were the actual diagnoses as both parents and professionals became more aware and informed about the condition. The most recent version of the Diagnostic and Statistical Manual (DSM) also lowered the diagnostic threshold for the condition, which likely resulted in increased diagnoses.

When outdated terminology is implemented professionally or at the public policy level, false meanings may become institutionalized, potentially extending their lifespan by decades.Genetically Determined

While genes can certainly influence psychology, the idea that they flatly determine psychological capacities is inaccurate. The concept may even deter treatment in individuals who might see a condition as irreversible. Believing something is genetically determined usually does not leave enough room for undetermined environmental influences.

Similar to “genetically determined,” the idea that an individual might be innately predisposed to a given psychological framework (based on gender, for instance) is challenged by research. Studies have shown growth in data on neural plasticity, meaning only few things are completely inflexible in behavior expression. Most capacities, such as language and emotions, can be modified by the environment.

Another innate concept is the suggestion that certain psychological conditions or variables are biologically prepackaged. This approach often ignores other factors or even additional conditions at play beyond simple biology.

Though it was relabeled as dissociative identity disorder (DID) in the DSM in 1994, the perception that multiple personalities develop within a single individual is still widely held in many academic sources. Continued use of the misnomer perpetuates a view that falsely depicts people experiencing DID, while promoting stigma associated with DID and other mental health conditions as well.

The Evolution of the DSM

The industry’s touchstone for many years has been the DSM, from the American Psychiatric Association. The fifth edition was released in 2013, and like previous updates, it caused controversy and confusion upon its arrival. Dropped from the manual that year was the classification of dyslexia as a learning disorder, while Asperger’s syndrome was folded into the autism spectrum diagnosis.

The beauty of psychology as a science is its ability to change to more accurately define itself. The challenge is conveying such concepts in an open and honest exchange—ever aware of the consequential power mere words can wield.