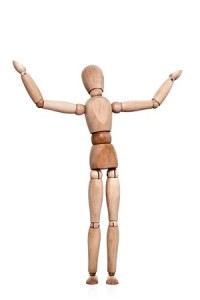 Gender describes the relationship between (typically) three different factors: A sense of personal identity as female, male, somewhere in between, neither, or both; a person’s physical characteristics or biological sex; and the external reflection of identity (gender expression). Awareness of the difference between gender and sex is increasing, as is the knowledge that gender occurs along a broad spectrum and includes many more identities than simply “male” and “female.”

Traditionally, the term has been used as a synonym for biological sex, in reference to the expression of traits associated with masculinity or femininity. But gender does not depend on the physical characteristics a person was born with, and any individual may express any combination of masculine and feminine traits. Many theorists argue the concept of biological sex is misleading and advocate sole use of the term “gender.”

A person whose gender identity differs from gender assigned at birth may identify as transgender, genderqueer, non-binary, agender, identify as another gender, or use no label at all.

The term “gender” was a linguistic term that referred to grammatical gender—the different categories into which nouns are sorted—until the 1950s, when it began to be used to delineate biological sex and socially prescribed gender roles. Feminists embraced gender in the 1970s as a way to emphasize that a person’s gender does not determine personality, capabilities, and other traits commonly associated with biological sex.

The assumption of gender identity based on biological sex can pose problems for a number of reasons. People who are born intersex often have internal and external anatomical characteristics that are both male and female. When doctors or parents decide they are either male or female, they may come to experience gender dysphoria or concerns related to identity.

Transgender people also have a gender identity that does not align with biological sex, but not all people who have a gender different from that assigned at birth identify as trans. Whether a person with a gender-expansive identity identifies as trans or not, lack of recognition or refusal to acknowledge their identity can have a negative impact. Widespread awareness of the gender spectrum and of the many possible gender identities is likely to have a positive influence and contribute to reduced levels of gender discrimination and stigma.

Transgender, or trans, is an umbrella term covering number of gender identities. Some of those with an identity falling into this category, however, may not personally identify as trans and/or may simply not wish to label their gender.

In a step toward greater inclusiveness, Facebook added several dozen gender options in 2014, allowing users to more accurately reflect gender. Users can also choose from the pronouns “him,” “her,” or “their.”

Merriam Webster added “genderqueer” to the dictionary in April 2016, reflecting the impact  an increased societal awareness of gender has on the English language.

The field dedicated to the study of gender roles and gender expression is called gender studies. The field examines the social circumstances affecting gender expression and the shifting nature of gendered traits. For example, in the United States, the color pink is widely considered a feminine color, although it was thought to be a highly masculine color until the early 20th century. Women are frequently excluded from engineering jobs, but when computers were first developed, computer operating positions were considered ideal for women.

Gender theorists often point to the shifting nature of gender roles as evidence that gender should not limit human expression. Because some people are born with ambiguous biological sex and because some people do not identify as the gender they were assigned at birth, some theorists advocate adding at least one additional gender or eliminating the concept of sex and gender altogether. Confusion on the distinction of sex and gender could potentially be at least partially remedied by increased awareness of gender identities and expression (and the difference between the two).

Problems with Assessing and Assuming Gender

When speaking and referring to others, many people have a tendency to include the person’s gender in their dialogue. This may be done out of politeness, as when a retail clerk greets two customers with “Hello, ladies,” or for specificity’s sake, as when a person points out “that blonde woman over there.” In most cases, though, stating a person’s gender is not necessary. People may tend to seek to label other people they encounter, whether consciously or unconsciously, in order to determine where they stand in relation, but the assumption of gender is often tied to heteronormativity, as is the assumption of an individual’s sexuality. Neither piece of information is relevant to a casual encounter.

In some cases, assuming a person’s gender can be harmful as well as presumptuous. A woman who is misgendered as a man may be offended, hurt, experience anxiety or distress related to body image, or have feelings of dysphoria. But the incorrect assumption also could, in some situations, lead to the woman being verbally or physically abused by others.

Individuals whose gender is not easily determined by society might also experience regular difficulties in public situations, and people who are outed in certain situations may face danger in the form of physical or verbal assault or abuse. Being consistently misgendered may also often contribute to feelings of dysphoria.

Activists for transgender rights frequently emphasize the importance of addressing a person according to gender rather than biological sex: A man who identifies as male is a man, regardless of the genitalia he was born with. Non-binary identities are equally valid, though perhaps less well-known, and while it may be challenging to use new and unfamiliar pronouns, doing so can demonstrate acceptance of, and respect for, all identities.