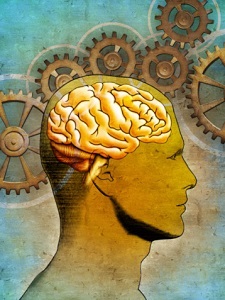 The mind is an abstract concept used to characterize thoughts, feelings, subjective states, and self-awareness that presumably arise from the brain.

What Is the Mind?

The mind has been a subject of debate for centuries. Philosopher Rene Descartes first developed the concept of dualism—a dichotomy between the mind and body or mind and matter—that has posed challenges to philosophers, physiologists, and psychologists ever since.

The products of the mind are highly abstract, and many people have struggled with the idea that these abstract concepts, ideas, beliefs, and feelings could arise directly from the very concrete functioning of the brain. However, most people now accept that the brain gives rise to the mind, though this is by no means a unanimous opinion. Some religions emphasize the primacy of the soul as a source of the mind, while some philosophers have argued that the brain alone cannot fully account for the actions of the mind. While conscious mind states can, to a certain extent, now be mapped on the brain, it is still impossible to tell what a person is thinking based on brain imaging.

The Mind and Psychology

The mind is the primary domain of psychology. From rectifying problematic thought patterns to uncovering the workings of memory, mental illness, and emotions, psychology is heavily involved in the analysis of the mind. For generations, philosophers were the primary people studying the mind, but much philosophy of mind has now become the domain of psychology. Cognitive psychologists and neuropsychologists in particular are interested in how brain states affect mind states.

Many mental health professionals acknowledge that there are layers of consciousness to the mind and are interested in accessing the deeper workings of the mind. Sigmund Freud and Carl Jung, for example, focused heavily on the unconscious mind and the ways in which it influences the conscious ego.