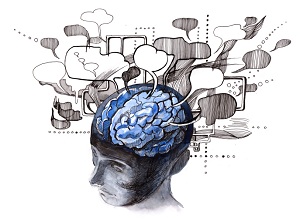 In science, including psychology, a theory is a principle or idea that explains or solves a problem. Theories typically address a collection of issues. The theory of evolution, for example, is a general theory that helps to explain where humans came from, the relationships between species, and the changes in species over time.

Scientific vs. Colloquial Usage
In everyday usage, the term theory is often used to apply to an unsupported claim. For example, a parent might say to her child in the morning, “My theory is that you snuck out last night.” This can create confusion about the meaning of the term when used in science. Scientific theories are ideas that have been heavily backed by a collection of empirical research. Many people are confused about why scientific theories are called theories instead of facts or laws. The difference is simple: scientific laws explain and categorize a particular phenomenon. For example, Kepler’s Laws of Planetary Motion explain how planets move around the sun. Theories, by contrast, explain why something happens and often synthesize several different laws and collections of research. Many widely accepted ideas about human psychology and behavior are theories.