When Words Fail: The Language of Gender Variance 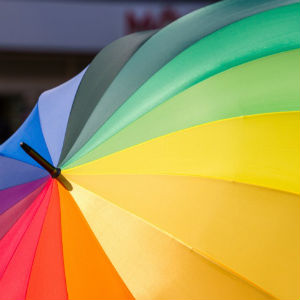 The English lexicon is estimated to contain more than a million words, and yet when it comes to the vocabulary of sex and gender, there are many gaps. For example, we are stuck calling a 62-year-old man someone’s “boyfriend” because we don’t have a more appropriate option.

Most of the time, it might not be such a big deal. For the transgender community, however, there is a lot more at stake in a vocabulary shortage.

Language is very powerful. We use it to pass knowledge down to future generations, to design new things, and to create social structure. It is used to form relationships, share our thoughts and feelings, and to conduct our lives. We even use language to define ourselves—Irish American, teacher, Buddhist, jazz lover—in order to establish our unique identity among billions of other humans.

Minority groups, however, generally don’t define themselves; the dominant culture chooses words for them, and they are almost always derogatory. Language in those cases is used as a weapon by those in power. But language can also be a tool of empowerment by uniting a group and giving it a voice.

Members of the transgender community struggle to define themselves in English. We have no neutral pronouns (“it,” although preferred by a minority of transgender people, more often is viewed as highly derogatory), and gender is always described through the limits of a binary system—male/female. “Ze” is used by some people, but hasn’t gained popular use yet, probably because society is slow to change, particularly when it comes to sex and gender issues. So transgender people have had to create their own language of identity.

I have not yet discovered a list of terminology that all gender-variant people agree on. And without common language, it is difficult to have discourse on the issues. Listing all terms people use to identify themselves in each article or discussion would make reading or speaking on the topic virtually impossible. Therefore, I and many others use the term “transgender” to represent all those who do not fit into the man/male/masculine or woman/female/feminine binary.

For those who are unfamiliar with transgender vocabulary, I have listed some terms here that are used by some major organizations that support the transgender community. Not all are universally embraced.

For more information about transgender language, see the resources below.