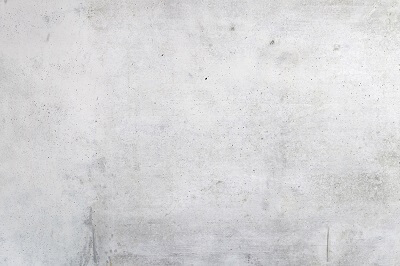 Prejudice is a prejudgment based on inadequate knowledge. Prejudice often relies on stereotypes. For instance, a person meeting a female child for the first time might assume she likes princesses or the color pink. Prejudice can be conscious or unconscious. A person doesn’t have to realize they’re being prejudiced to prejudge others.

Prejudice is a complex problem that has led to wars, enslavement, abuse, murder, and untold suffering. Working with a therapist can help people overcome their prejudices, understand the effects of prejudice on people they love, and develop strategies for dealing with the mental health effects of living in a world filled with prejudice.

Prejudice is often confused for discrimination, or with forms of oppression such as racism and sexism. While discrimination and oppression characterize behavior by powerful groups directed toward the less powerful, anyone can be prejudiced.

Prejudice can color the way we see other people. Prejudgment may cause a person to ignore information that contradicts their prejudice. This is called confirmation bias. For example, a parent who believes that boys are tough and rambunctious might attribute their son’s crying to anger rather than to empathy for another person or fear of a monster. When prejudice leads to inaccurate or incomplete conclusions about other people, it can harm relationships.

In mental health and other health care settings, prejudice can undermine client care—even if the provider is unaware of their own prejudice. For example, research consistently shows that doctors are less likely to take women’s pain seriously. They may believe that their female patients are faking or exaggerating their pain, or that they are reacting with excessive emotion to relatively minor pain. This can lead to misdiagnoses, and even be fatal.

A doctor’s prejudicial belief that women are too “emotional,” that they handle pain poorly, or that they exaggerate their own pain can change the way the doctor sees that patient. The doctor might be reluctant to treat the patient or provide appropriate pain management. A doctor might even think that someone who is in severe pain is an addict seeking painkillers.

It’s possible to be prejudiced against many groups. A person’s prejudices might not even be internally consistent. For instance, a person might believe both that men are inherently unemotional and prone to emotional angry outbursts.

Social norms and cultural contexts play a significant role in the types of prejudice a person is likely to hold. Racism has figured prominently in American life for centuries. So it’s unsurprising that racist prejudices against people of color are far more prevalent than prejudice against whites. Responses to the 2008 General Social Survey, for instance, found that people are less likely to say black people are intelligent than they are to say white people are intelligent.

Exposure is a powerful antidote to prejudice. People who spend more time with people who are different from them are less likely to hold prejudicial attitudes. Research published in 2017, for instance, found that multicultural experiences could reduce cross-cultural prejudice.

Prejudice is an attitude that can trigger abusive actions. Most sociologists define discrimination as action or a group of actions. So while the two concepts are linked, they’re not the same.

Prejudice can lead to discrimination, but it is not the only factor in discrimination. A person can also harbor prejudices without discriminating, especially if they are mindful of their own prejudice and take proactive steps to counter it.

A prejudicial belief that seniors are slow, sick, or uninterested in learning new things can lead to discrimination. For example, a person charged with hiring at a company that prizes innovation may refuse to hire older workers. Their prejudicial belief in seniors’ refusal to learn new things may even cause them to ignore evidence to the contrary in an applicant’s résumé. When this attitude plays a role in many decisions, it can lead to systemic discrimination. A company that allows ageist attitudes to affect hiring may eventually have only young employees, or mistreat its older staff.

Prejudice and Discrimination in History

Examples of prejudice can be found throughout history. Many groups have faced discrimination and oppression that stemmed from prejudicial beliefs. Some types of prejudice include:

Prejudice does not necessarily cause discrimination, but is almost always a factor. Moreover, it’s important to note that discrimination manifests in many forms. While legal segregation has ended, segregation remains a problem. For example, research shows that white people continue to choose segregated neighborhoods, and that they prefer to move out of neighborhoods that contain even small numbers of non-white residents. A study published in 2009 found that white people still believe that all-white neighborhoods are the most desirable. This segregation can reinforce and promote racist attitudes because people are more likely to prejudge people with whom they have little experience.

Prejudice and Discrimination in Therapy

Therapists are not immune to prejudicial attitudes. Indeed, most schools offer therapists little training on the role of racism, sexism, and other forms of prejudice and discrimination in therapy. Prejudice can undermine the therapeutic process and harm clients. Some examples of how prejudice can affect therapy include:

Prejudice can manifest in other ways, too: