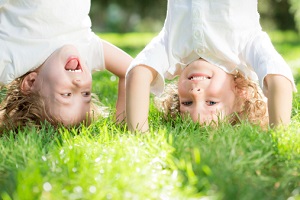 A person’s personality is a set of traits—including mood, emotions, and behavioral dispositions or tendencies—that are relatively stable across time. Personality is more consistent than either mood or emotion, but personality can affect both.

Personality strongly affects factors such as self-esteem, and can also influence a person’s interests, hobbies, and beliefs. A variety of factors intersect to create a person’s unique personality, and it is impossible to isolate these factors. For example, an anxious person may have an anxious personality due to genetics, traumatic experiences, parenting, developmental history, or other reasons.

In modern psychology, there are several schools of thought regarding personality. Perhaps the best known is Lewis Goldberg’s “Big Five” theory of personality, which includes:

Research demonstrates that these traits are relatively stable and may even have a genetic component.

There are also personality tests designed specifically to test for personality disorders. Most personality tests rely on self-reports and are structured as surveys. Respondents assess individual statements and then indicate whether they agree or disagree with the statement.

While personality is more stable than mood or emotion, it is subject to change. An extroverted person, for example, can learn to be more introverted. Personality changes may occur as part of a concerted effort or during psychotherapy, but can also be sudden or part of the process of maturation. However, some traits, such as anxiety, tend to be very stable. While an anxious child is not predestined to be an anxious adult, he or she is much more likely to exhibit anxiety in adulthood than a calm child.