The Promising Role of the Gut in Treating Schizophrenia 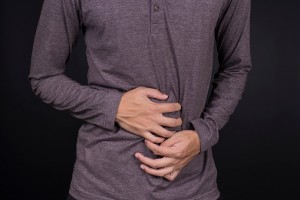 Schizophrenia is a chronic, severe mental health condition thought to result from some combination of genetic and environmental factors. Imbalances in brain chemicals, such as dopamine and glutamate, also seem to play a role in schizophrenia.

Schizophrenia is diagnosed both by “positive” symptoms—among them hallucinations, delusions, and other disordered thinking—as well as “negative” symptoms such as reduced expression of emotion and speaking less. People who have this condition also may experience difficulties with cognitive functions such as decision making, planning, paying attention, and working memory.

There has been a great deal of talk about the role of gut flora, also known as the “microbiome,” and mental health. It may sound surprising, but severity of symptoms in depression, anxiety, autism, and now schizophrenia have been linked to imbalances in the gastrointestinal (GI) tract. More recent research has suggested a relationship between activity of the immune system, increased inflammation, the presence of food sensitivities, and imbalances in the GI tract in the presentation of schizophrenia.

What’s the Gut Got to Do with It?

During the normal birth process, our GI tracts are populated with “good” bacteria (by moving down the mother’s vaginal canal). This, our diets, stress levels, and other factors subsequently affect our gut bacteria and our overall health, as well as our brain development.

Gut bacteria help regulate proteins and other substances that influence the brain’s development. One substance, “brain-derived neurotrophic factor” or BDNF, impacts the brain’s ability to develop new neurons and remain adaptable (referred to as neuroplasticity).

Our gut environment also appears to affect receptors in our brains. Receptors may be thought of as the equivalent of a keyhole on the surface of a neuron. Brain chemicals are like the “keys” that are designed to fit in a specific type of receptor. Once such type of receptor, the NMDA, is a type of glutamate receptor involved in, among other things, plasticity (or adaptability) of neurons related to memory and other functions. An unbalanced microbiome (gut bacteria, or flora) can lead to under-functioning NMDA receptors and variations in BDNF that may contribute to the production of schizophrenia symptoms.

Dr. Kaitlyn Nemani and colleagues reviewed the literature on the role of the gut in schizophrenia. Their review found that imbalances in the microbiome may be linked to structural damage in the gut, inflammation, and the development of autoimmune disorders. People who have schizophrenia, as well as their relatives, have been found to have a greater incidence of autoimmune disorders than people who either do not have or are not related to someone with schizophrenia.

In addition, structural damage to the GI tract in people with schizophrenia has been linked to developing antibodies to brain cells in the hippocampus, amygdala, and prefrontal cortex. These brain areas are involved in working memory, emotion, motivation, decision making, and logical thinking—all of which may be impaired in people with schizophrenia.

Gut flora imbalances may also play a role in increased sensitivity to gluten (a protein found in grains) and casein, which is the main protein found in milk and milk products. A growing body of research has found a relationship between gluten sensitivity that is not due to celiac disease and symptoms of both schizophrenia and autism.

Finally, imbalances in gut flora are linked to obesity and insulin resistance, both of which are linked to diabetes. People who have schizophrenia have an increased risk for these types of metabolic imbalances, and antipsychotic medication can further induce weight gain that can lead to metabolic problems and diabetes.

Novel Therapies to Balance the Gut

Dr. Nemani and colleagues suggest some nontraditional therapies that may complement existing medication and psychotherapy approaches for treating schizophrenia. These include:

The last type of novel therapy discussed by the authors is fecal transplantation, or transplanting the fecal bacteria from someone with a healthy microbiome to a person who has a gut imbalance. Although this is considered a cutting-edge GI treatment for those who have inflammatory bowel disease, the authors conclude that a better understanding of the microbiome in those with schizophrenia is needed to know if this therapy is warranted.

As always, consult with your medical team when considering new therapies, conventional or complementary, such as those described above.