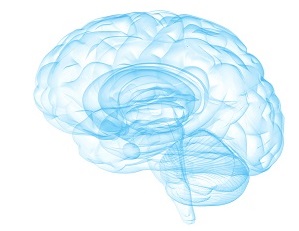 The brain is a complex organ that manages many of our bodily functions, such as balance or breathing. It also controls our memories, emotions, and thoughts. The brain is the physical structure which gives rise to the abstract concept we call the mind.

Any damage or malfunction in the brain can have a serious impact on our wellbeing. Some mental health issues, such as schizophrenia, are thought to originate in the brain.

However, therapy and medication can change brain function and help relieve symptoms for many mental health conditions.

To understand the brain, it helps to start with its most basic components: cells. There are two types of cells in the brain: neurons and glial cells.

The average adult has billions of neurons in their brain. Neurons (also called nerve cells) transmit messages through a combination of electrical and chemical signals.

Scientists can examine brain activity by measuring the electrical charge of neurons.

Brains also have a second type of cell called a glial cell. These cells perform support functions such as:

Glial cells are around 50 times more common than nerve cells. As such, most brain tumors are made of glial cells.

Regions of the Brain

Most scientists divide the brain into three main parts: the brain stem, the cerebellum, and the cerebrum.

In general, each brain hemisphere controls the functions that occur on the opposite side of the body. For example, damage to the left hemisphere may affect one’s ability to see out of their right eye. Sometimes, when a portion of the brain is damaged, its function can be outsourced to the other hemisphere.

The wrinkled surface of the cerebrum is called the cortex. This is where almost all the neuron synapses are, so it is where communication between neurons takes place. The cortex’s lumps and folds increase its surface area, allowing more room for neurons to communicate.

Under the cortex, the neurons have long, spindly fibers called axons, connecting both ends of the cell. The axon is similar to an old-fashioned telephone line, transmitting signals from one part of the cell to another. The receiving end of a neuron may be at a completely different area of the cortex than the end that sends out neurotransmitters.

The axons are covered in a whitish fatty sheathe, so the tissue under the cortex is often called “white matter”. The parts of the nerve cells in the cortex are gray, hence why the cortex is sometimes called “gray matter”.

Lobes of the brain

The cerebrum can be divided into specialized sections of the brain called lobes.

These lobes often work together to perform everyday functions. For example, the task of reading out loud may require the occipital lobe to see the letters, the temporal and parietal lobes to make meaning of the words, and the frontal lobe to physically speak.

The brain sits inside the bony skull that helps protect it from falls, blows, and other injuries. However, the brain isn’t bouncing in the skull by itself. The skull cavity also contains a clear liquid called cerebrospinal fluid (CSF), which further cushions the brain.

CSF is created within hollow cavities in the brain called ventricles. The fluid flows between these cavities, then out and around the brain, filling the small gap between the brain and skull. Typically CSF is absorbed as quickly as it is produced, so fluid levels are often stable. If there is a disruption in the system, the fluid can build up, putting pressure on the brain and causing tissue damage.