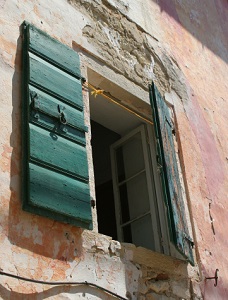 Memory is the process the brain uses to comprehend, store, and retrieve a wide variety of information ranging from autobiographical facts to complex procedures. It is typically broken down into three subcomponents: sensory memory, short-term memory, and long-term memory.

The Different Types of Memory

The process of remembering something happens in stages, the first of which involves sensory memory. Memories of sensory perceptions are stored in the brain for just an instant (less than one second). These can be iconic (visual), echoic (auditory), or affect any of the other senses. A memory is then transferred to short-term memory, which is also referred to as working memory. Short-term memory is limited and brief, with a typical capacity of about 7 items. It is possible for some people to increase the capacity of their short-term memory with practice. If items in short-term memory are not rehearsed or otherwise actively maintained, they will disappear within a few seconds.

Some memories progress to long-term memory, where they can be stored for years or even permanently.

The name long-term memory can be somewhat deceiving, because it does not necessarily mean that something occurred long ago. Instead, this type of memory is distinct from short-term memory in that it lasts more than a few seconds. Memories of events that occurred very far in the past are referred to as remote memories.

Long-term memory can be further divided into declarative and procedural memory. Declarative memory, also referred to as explicit memory, typically contains facts and events and can be called upon when needed. When an individual recites the state capitals, they are relying on declarative memory. Procedural memory, or implicit memory, involves remembering the process of how to do something—riding a bike, tying a shoelace, or driving a car. These memories are acquired through practice and repetition and can come to feel almost automatic over time.

How Are Memories Encoded and Stored?

The encoding of a memory is a complicated process that involves different areas of the brain. The process begins with the perception of a stimulus. Though people are constantly perceiving things, only those things that are given selective attention continue to become memories. Emotion, which tends to increase attention, is controlled in the brain by the amygdala. From there, perceived sensations are processed by the hippocampus, a part of the brain that serves as a type of memory center, comparing new memories with existing ones and then linking them together—memories associated with previously acquired knowledge are more easily stored.

The final step of storage involves some memories being transferred to long-term storage.

Memory does not function as a perfect photograph or recording of a specific event or piece of information, and memories are not always reliable. Because memory is known to be highly suggestible, several factors may affect the accuracy and reliability of specific memories. If a parent repeatedly tells a child about their first birthday, for example, the child may begin to remember it exactly as the parent does. People also frequently conflate two memories or elements of two memories, so they might, for example, believe that an event from a 16th birthday party actually occurred during an 18th birthday party.

In the late 20th century, many therapists claimed to be able to help people recall repressed memories of abuse and trauma using hypnosis. Many of these memories subsequently proved to be false, even though some of those who had “uncovered” memories fervently believed in them. The ability of people to access repressed, unconscious memories is still extensively debated, though the practice of trying to access repressed memories has fallen out of favor with many mental health professionals.

While everybody forgets things occasionally, memory can be more substantially impaired by a number of issues. It is typical to notice a decline in memory with aging. Normal age-related loss does not typically impair one’s functioning but may involve small slips in memory such as forgetting somebody’s name or where an item was placed. Dementia, a broad term describing significant memory loss in the presence of other symptoms, may result from a number of conditions, such as Alzheimer’s disease, vascular dementia, or Parkinson’s disease, among others. The specific memory issues associated with dementia typically vary based on type and severity.

Amnesia, a loss of memory or the inability to create new memories, can be caused by a brain tumor, stroke, traumatic head injury, or oxygen deprivation. It can also be caused by a traumatic event, such as combat, abuse, or being the victim of a crime. In such cases, it is referred to as dissociative amnesia. Anterograde amnesia is the inability to make new memories. Retrograde amnesia involves the loss of memories that occurred before the event that caused the amnesia, but there is typically no impairment in the ability to make new memories.

Other causes of memory loss can include medications, depression, alcohol dependence, and hypothyroidism. In these cases, memory loss is typically reversible once the underlying issue is treated.

The Impact of Memory on Mental Health

While mental health issues can negatively impact memory—such as when an individual living with depression has difficulty remembering things—it is also true that memories (especially traumatic ones) can negatively impact mental health. Posttraumatic stress (PTSD), a mental health condition that results from the experience of trauma, often involves intrusive memories of the traumatic event. Such memories may occur following a trigger (experience of something reminiscent of the trauma) or can come on suddenly and without warning. They frequently cause strong emotional reactions, including anxiety and panic, and it can be difficult for some individuals with PTSD, when they are overwhelmed with intrusive memories, to discern what is real in the present from what happened in the past

The treatment of memory problems depends on the underlying cause of the memory issue. For individuals who experience memory impairment as a result of depression, anxiety, or another mental health issue, treating the primary issue can often result in a complete disappearance of all memory problems. People whose memory issues are due to aging, a medical condition, or dementia may benefit from therapy that teaches them compensatory strategies for dealing with memory loss. Therapy can also provide support to such individuals and help them to process their feelings about their memory loss.

For individuals who have PTSD or who are otherwise troubled by the content of their memories, specific types of trauma-oriented treatment exist. Cognitive processing therapy (CPT) and Eye Movement Desensitization and Reprocessing (EMDR) are two types of therapies that aim to help individuals experience less distress related to the memories and thoughts associated with a traumatic event.