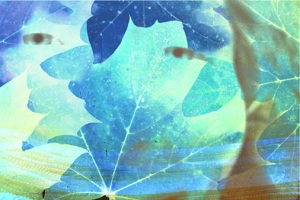 A delusion is a false belief that is maintained despite overwhelming evidence to the contrary. Beliefs associated with religion or with widespread social norms within a particular culture are not considered delusions, and beliefs based upon incomplete or incorrect information also do not qualify as delusions.

Delusions can include a wide variety of false beliefs, but they frequently involve elements of magic, conspiracy, or power. For example, a person might suffer from the delusion that the pope is trying to kill them, that fairies regularly steal their socks, or that they are the deposed leader of France.

There are four main types of delusions: bizarre, non-bizarre, mood-congruent, and mood-neutral. Bizarre delusions are those that are considered highly implausible or very odd. An example of a bizarre delusion would be the belief that aliens removed a person’s internal organs without leaving any marks or scars. Non-bizarre delusions, such as the belief that the President of the United States has contacted an individual to ask for their input about an important matter, may be possible but are still highly unlikely

Within these broad categories, delusions typically fall under one of the following more specific categories:

Schizophrenia, dementia, and some brain injuries can cause delusions. Chronic substance abuse may lead to both delusions and hallucinations. When there are no other symptoms, or when the cause of the delusion is unclear, a person may be diagnosed with a delusional disorder. To qualify for this diagnosis according to the DSM-IV, a person must not have a mood disorder and must not be experiencing hallucinations or flattened affect. While people with delusional disorders may not necessarily hallucinate, they may experience auditory or tactile stimulation related to the delusion.

Therapy and in some cases medications (including antipsychotic and antianxiety medications) can treat a diagnosed delusional disorder. However, treatment is difficult without the cooperation of the person experiencing the delusion, and some people with delusions can be quite adamant that their delusions are real.

Mental health practitioners treating delusions must be extremely sensitive to cultural and religious context. Beliefs that might seem quite strange are often commonplace in certain societies. For example, the belief that a totem has magical powers or that a man died for the sins of all humanity may seem delusional to some individuals, but these are normal–and often normative–beliefs in some cultures. Improper treatment for beliefs that are not actual delusions can be harmful and unethical.