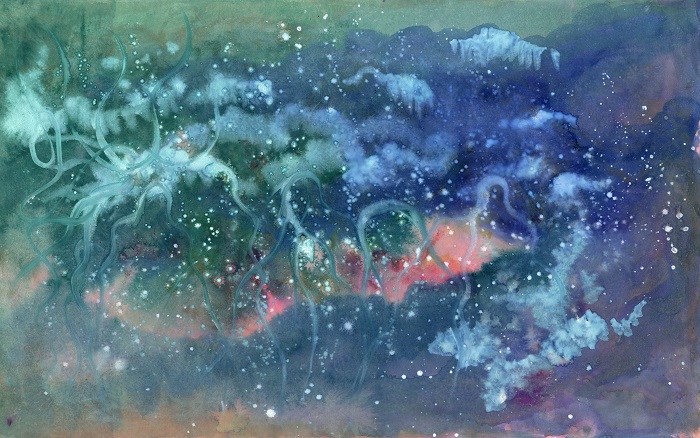 Schizophrenia is typically recognized as a disintegration of thinking processes and emotional responsiveness. It’s often associated with psychoses such as hallucinations and delusions. Schizophrenia may affect how a person functions in one or many aspects of life, depending on which symptoms are present and how severe they are.

Working with a therapist or counselor can help people with schizophrenia improve their social skills, develop higher self-esteem, and learn more about mental health issues that may accompany the condition.

Schizophrenia most commonly manifests through delusions, hallucinations, disorganized thinking and speech, and paranoid delusions. The term schizophrenia has Greek roots: It combines the word schizo, meaning “to split,” and phrene, meaning “the mind.” This term references a disruption of the balance between thinking, perception, memory, and personality.

Studies have shown that schizophrenia may result in brain tissue loss, especially within the first 2 years of an episode. One study also found that people with schizophrenia often had brains that were slightly smaller than average. In the same study, antipsychotic medications were linked to greater brain tissue loss. Recent research has uncovered evidence that schizophrenia may impact the whole body and could be connected with health issues including an overactive immune system and diabetes.

Schizophrenia can manifest as a broad range of symptoms which vary in severity and type from person to person. The symptoms of this condition can also change over time. Symptoms of schizophrenia are commonly divided into two categories: positive and negative.

Positive symptoms represent changes in thoughts and behavior that are not part of usual functioning. They include:

Negative symptoms refer to a lack of common behaviors and emotions. Sometimes they are hard to recognize because they can be similar to other mental health conditions, such as depression. Negative symptoms of schizophrenia include:

Schizophrenia often begins to develop from ages 15 to 25. Many early signs of the condition are subtle, and most of these signs could indicate many other mental health issues besides schizophrenia. However, some of the earliest signs of schizophrenia may include:

Those who may have or develop schizophrenia may be prone to isolating themselves socially and have difficulty keeping up with self-care. Becoming lost in thought, difficulty handling any amount of stress, lack of goal-setting behavior, and unusually intense interest in religion or politics may also be signs of schizophrenia.

The Diagnostic and Statistical Manual (DSM-5) lists schizophrenia under Schizophrenia Spectrum and Other Psychotic Disorders, where it is defined as a mental disorder characterized by disintegrating emotional responsiveness and thought processes. Schizophrenia is currently listed in the DSM alongside other psychotic disorders, including:

In the previous version of the DSM, schizophrenia was categorized into the following five types:

The DSM-5 no longer separates schizophrenia into types because they were found not to help with diagnosing or treating schizophrenia. Instead of being a type of schizophrenia, catatonia is now used to help diagnose schizophrenia on a broader level.

What Warrants a Schizophrenia Diagnosis?

The criteria for schizophrenia as listed in the DSM-5 are:

For a person to be diagnosed with schizophrenia, at least one of the first three symptoms must be present, and they must be present for at least one month. For example, a person who experiences delusions or hallucinations, disrupted relationships, difficulty functioning in everyday life, and disorganized speech or thinking may be diagnosed with schizophrenia.

Symptoms generally occur in young adulthood, and the condition may be diagnosed based on a person's self-reported experiences and observed behaviors. The reliability of a schizophrenia diagnosis is generally high, although some symptoms do overlap with those of major depression and bipolar.

Schizophrenia is believed to be a brain-based condition, but there is currently no test or brain scan that can diagnose it. Some people with schizophrenia see several doctors before they are properly diagnosed, and a diagnosis typically relies partially on self-reports as well as the doctor's own observations of the person and the behavior. Some people may also provide insight from friends and family.

In some cases, the use of substances such as marijuana and amphetamines may trigger symptoms of schizophrenia, although people with schizophrenia have also been shown to use alcohol and drugs at a higher than average rate. Another potential trigger for schizophrenia symptoms is stress, which may take many forms.

Warning signs of schizophrenia in children may include:

Children may show some of these warning signs before schizophrenia is diagnosed. Because of these symptoms, children may have more difficulty with emotional regulation, controlling their own behavior, and normal daily functioning.

Children may also experience hallucinations and meet other key criteria for schizophrenia, but these may occur later than the earlier signs. To some clinicians, the diagnosis of childhood-onset schizophrenia is controversial, as it can be difficult to diagnose properly.

Those with schizophrenia sometimes find that it affects their intimate relationships. As one of the hallmarks of the condition is loss of pleasure and decrease in or lack of sex drive, a person with schizophrenia may experience difficulty navigating intimacy with their partner.

Schizophrenia can greatly impact a person’s life or ability to function, but there is hope. Many resources are available to help people manage schizophrenia. Learn more about treatment for schizophrenia.