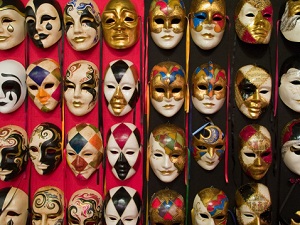 A mood is an emotional state that may last anywhere from a few minutes to several weeks. Mood affects the way people respond to stimuli. For example, a depressed mood creates a bias in favor of responding negatively, whereas a manic mood makes it more likely that a person will respond energetically. Moods are different from emotions in that they are not necessarily caused by anything. For example, a person may feel the emotion of happiness after getting married or receiving a gift, while a happy mood is a disposition to react happily toward external stimuli. Moods tend to last longer than emotions.

What are Mood Disorders?
Mood disorders are psychiatric conditions characterized by ongoing mood regulation problems. Examples of mood disorders listed in the DSM-IV include:

Also, substance-induced mood disorder is a chronic disregulation of mood caused by substance use. It frequently causes depressive, psychotic, or manic symptoms.

What Affects Mood?
Sleep is a major contributing factor to mood, and people suffering from lack of sleep are more likely to have depressed moods. Diet, medication, and other lifestyle factors can also affect mood. Several studies have demonstrated that decision-making is affected by mood. Mood can also affect how people view persuasive content such as advertising. For example, a person in an upbeat mood might respond well to highly energetic advertising campaigns.