Depression Medications: Side Effects and Libido, a Follow-Up 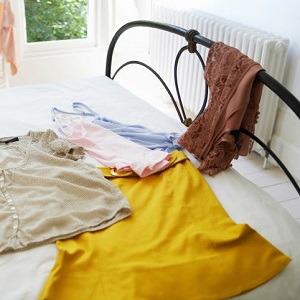 Since my last blog, Depression Medications: How Can You Get Your Libido Back? a number of you have asked for more information about possible sexual side effects caused by antidepressants. Before I say more—a cautionary word—I’m a psychotherapist/counselor, not a medical doctor/psychiatrist. So what I write in this blog is drawn from my (extensive) experience working with people who have challenges and/or difficulties with sex—I’m a sexologist, not a psychopharmacologist!

Some of the worst culprits, or libido smashers, are the selective serotonin reuptake inhibitors (SSRIs) such as Effexor, Paxil, Prozac, and Zoloft. Unfortunately, these are all heavily prescribed. I mentioned last month that many folks can benefit from a so-called “drug holiday,” when they forgo their medication for a few days. Be aware that this intervention does not work for Prozac. This is due to the much longer period of time that Prozac remains in the bloodstream, compared to the other shorter-acting SSRIs, like Zoloft.

Several types of antidepressants have virtually no side effects. The most common ones that I hear about are Wellbutrin, Xanax, and Klonopin. I’ll often suggest, to the new people I see, substituting (with the agreement of their medical doctor, of course) Xanax or Klonopin for Wellbutrin because the latter can exacerbate anxiety or “agitated depression,” as it’s called by psychiatrists.

Wellbutrin is also infamous for causing insomnia and headaches, which tend to make most of us anxious, and it certainly doesn’t contribute to an enjoyable sexual connection! Wellbutrin is pharmacologically distinct from the SSRIs, as it enhances the neurotransmitter dopamine, which has the opposite effect on libido and orgasm of serotonin. Xanax and Klonopin are usually prescribed to combat anxiety, not serotonin, so they tend to have very few sexual side effects.

I will often recommend that people who are leery about psychotropics try St. John’s Wort, which is most effective, I’ve found, for Type A blood types (remember, I’m not prescribing, just using anecdotal experience to make these suggestions!). Because it’s not regulated as a pharmaceutical substance, I’m told that efficacy can vary widely.

The individuals I see in my office have reported that Viagra is effective for SSRI-induced absence of orgasm, and I’ve known people of both genders who swear by the botanical preparation ginkgo biloba to reverse libido, arousal, and/or orgasm problems. One sex therapist colleague tells me that Viagra can be helpful for women as well, but no one I work with has directly reported this to me.

If switching to an alternative psychotropic is not clinically appropriate or effective, some doctors might recommend adding another medication on a daily or as-needed basis. Many people are hesitant about taking one drug, let alone two! But for those who are comfortable with it, a second medication can often offer an antidote to the side effects of an otherwise helpful medication.

Most commonly, a sexual-savvy psychiatrist will prescribe a single low dose of Wellbutrin for people complaining of sexual side effects from other antidepressants—employing lower does of Wellbutrin than would be necessary to treat depression alone. These small doses can restore the serotonin-dopamine balance that I mentioned earlier, alleviating sexual side effects.

People starting out with me often ask if I suspect that their sexual problems are relationship issues or caused by medication. I always ask them how long the sexual challenges have been occurring. SSRI-induced sexual dysfunction follows a fairly typical pattern: it begins within days or weeks of starting the new psychotropic medication. For example, a woman may report that she can no longer reach orgasm with her husband within weeks of beginning Prozac for obsessive compulsive disorder.

Women rarely volunteer this immediately, but I ask LOTS of questions, which makes it easier to discuss sexual concerns. Men usually have less hesitation talking about such problems, and as one man said to me recently, “that’s why we came to a sex therapist and not the marriage therapist down the street!” The fact that I coach by phone also seems to help, especially for men, who might have difficulty opening up “when the plumbing doesn’t work!”

Don’t forget—if you have questions about your medications, make sure to discuss them with your medical doctor or psychiatrist.