Finding Your Way in a Low-Sex or No-Sex Marriage 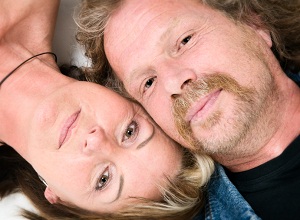 Low-sex and no-sex marriages have been around for a long time. In the bawdy 411 B.C.E. play Lysistrata, Aristophanes has Spartan and Athenian women agreeing to withhold sex until their warring husbands agree to lasting peace. Female novelists such as Virginia Woolf and George Eliot (real name: Mary Anne Evans) also have written about them. And remember the so-called frigid television housewives of the 1950s? Today they’d often be considered cause for alarm.

Those of us who are boomers born between 1946 and 1964 probably are among the first generation to think we should continue having hot sex well into old age—after all, didn’t we invent guilt-free sex during the summer of love in 1968? Weren’t we the first to embrace birth control?

The collision between this sense of sexual entitlement and the physiological reality of an aging body is distressing for many of the 50- and 60-plus-year-old people who phone me in a panic.

I’ve also noticed that parents are increasingly obsessed with their children, organizing and chauffeuring them to so many activities—from soccer to Spanish lessons to kiddie-yoga—that it would make an air-traffic controller dizzy. Young couples with babies at home also have problems as they sacrifice sleep and intimate time together. Nursing mothers, in particular, often cease to feel like sexual beings. One mother I know slapped her husband’s hand away when he caressed her breast: “Those are for Timmy!” He laughs about it now, but at the time he said he was “crushed and indignant and resentful of my first-born son.”

It’s difficult enough for married couples to find time for conjoint therapy with me in my office. So how do they find private time for sexual intimacy?

Despite the example of Aristophanes’ wives, I believe few women consciously withhold sex. Among couples I work with, I more often see smoldering resentments slowly driving a wedge between men and their partners. This is why marital counseling can be helpful—but only if the therapist is experienced with couples.

The old-fashioned or traditional approach suggests that marriage counselors should focus on getting husbands and wives to talk to one another, with the idea that better sex flows with better communication. And most of us buy into this. I often get couples to face one another and discuss, for example, the last time they shared an intimate experience: Who initiated, and how? What did each of them enjoy most about the encounter, and what were potential turnoffs? Sometimes the results are surprising. Todd, for instance, loves to have Laurie (not their real names) stimulate him orally while they’re driving on long trips. He is astonished to learn that she’s disgusted with this, but has felt too insecure to turn him down.

Sex comprises only about 20% of what goes into satisfying marriages, but when it’s missing, it becomes 80% of the problem.