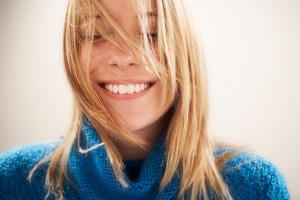 Serotonin is a neurotransmitter—a chemical that carries nerve signals. It is manufactured in the brain and located throughout the body, particularly in the digestive system and blood platelets. Serotonin is best-known for its association with mood and feelings of pleasure.

Nerve signals carry important information to the brain, and neurotransmitters help to carry these signals from one neuron to another. Insufficient serotonin can weaken the strength of a nerve signal, while excessive serotonin can amplify it. Serotonin is a derivative of an amino acid called tryptophan.

Serotonin greatly affects mood. Insufficient serotonin or flawed serotonin metabolism or processing can contribute to a number of mental health conditions, particularly anxiety and depression. While problems with serotonin are not the sole cause of depression or anxiety, they may be a significant contributing factor. Insufficient serotonin can cause a decline in feelings of pleasure, satisfaction, and well-being, and activities that normally produce pleasure may not have the same effect on depressed people with serotonin problems.

Several antidepressants act on serotonin. The most popular are selective serotonin reuptake inhibitors (SSRIs). A neuron may reabsorb a small quantity of serotonin when sending a message across a synapse. SSRIs limit this reuptake, increasing the level of serotonin in the blood. This enables the body to process feelings of pleasure, and can greatly help with both depression and anxiety. Popular SSRIs include:

Because serotonin does not solely affect mood, altering serotonin levels can alter other body processes. Many people experience side effects when they take SSRIs. Often, these effects subside after the body becomes accustomed to the drug. Common side effects include sexual dysfunction, apathy, dizziness, and changes in sleep patterns.