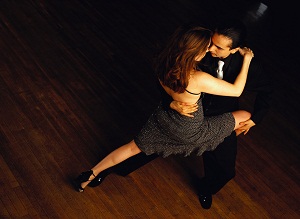 The libido is a person’s sexual desire. In psychoanalytic theory, it is also used to refer to the life instinct in general. Sigmund Freud originally conceived of the life energy as primarily sexual, but later revised his theory to include expressions of love, self-preservation, and pleasure. In analytic psychology, the term libido may also be used to refer to a life force that provides energy for nearly all activities including biological, social, cultural, sexual, and creative endeavors.

Libido may be affected by lifestyle, stress, physical health, age, individual personality, and more. The libido generally decreases as people age, with men’s libido decreasing in middle adulthood and women’s libido increasing into middle age and decreasing after menopause. Relationship satisfaction strongly affects libido. Couples who attend sex therapy and learn new sex techniques may experience an increase in libido. Medications such as SSRIs may decrease libido, sexual performance, or sexual satisfaction. Stress is a common source of decreased libido, particularly in women.

Is There Treatment for Low Libido?

Treatment for low libido may include lifestyle changes, sex therapy, medication, and/or sex education. Some medical conditions can decrease libido, and medical treatment for these conditions can improve both libido and sexual satisfaction.

Psychologists have often debated whether there are innate libidinal differences in men and women. While in popular culture it is commonly said that men have a higher libido than women, this claim is actually highly controversial and evidence to support it is mixed. Some researchers claim that men’s greater testosterone levels lead to a greater libido than women. Others point out that women have testosterone too, and that men’s testosterone levels do not correlate with their libido.

Gender conditioning strongly affects libido, and women who are taught that sex is dirty or that women should not want sex are much less likely to have a strong libido. Cultural messages about sex can also affect libido and sexual satisfaction. Freud, for example, argued that a clitoral orgasm was an inferior form of orgasm, and this idea is still pervasive in many segments of society. Many experts estimate that as many as 70% of women cannot have orgasms without direct clitoral stimulation, but many people still define only vaginal intercourse as sex. Thus, the discrepancy in men’s and women’s sexual drive and sexual satisfaction may be due at least in part to culturally ingrained ignorance about women’s sources of sexual pleasure.