Finding the Passion after It Fades 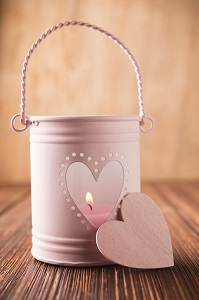 A husband and wife sat in my office, leaning on opposite arms of my plush sofa. They were discussing the possibility that their marriage was over after 11 years due to a lack of fire in their relationship. Both readily admitted that they still loved each other, but they had been unable to reconnect with the passion that once held their gaze when they first met.

The couple was no longer feeling the bond that connected them at the start of their marriage. Kids, bills, work, and many other aspects of daily life became a part of their relationship. The wife accused the husband of caring more for his beloved sports team than he does for her. Above all, each admits that the spark is simply no longer there.

How does this happen in a relationship? Are we somehow accustomed to directing our attention to the more mundane aspects of a relationship after some time? Do we inadvertently subdue the intensity once present in a relationship, despite our best intentions?

It can become one of the most difficult challenges any of us have to face to find passion again when it’s lost. Many couples therapists would rather have a couple who is screaming and yelling, rather than silently condemning the relationship to history, because screaming and yelling may be an indicator that passion is present, though misdirected. So how can we reignite the flame of passion once it has dwindled?

I asked both people what they were passionate about, and what they believed their spouse was passionate about. Both agreed that she loved to garden, and he was a huge New York Yankees fan. For each person, the hobby or passion led to both frustrations and rewards, but the rewards outweighed the difficulties and were worth the trouble. She said of the experience of gardening, “weeding is a requirement for something to grow.” Her husband said of baseball, “you can’t always go 162-0. It’s about the ring, not being undefeated.” I referred to these aspects time and again throughout our therapeutic journey.

With difficulty, the couple began to accept some challenging homework assignments. They went out on a date for the first time in seven years. They were asked to cuddle with each other, and then seduce one another. During both of these experiments, they were prohibited from having sex. (They ignored this recommendation; apparently, trying to remain seductive in a safe environment, free from expectations, may prove too much for even some passionless couples.)

Slowly, carefully, they found more interest in one another than their own lives. They still enjoyed their own interests—her garden was always manicured and exemplary, and his knowledge of the Yankees pitching prospects was as acute as ever. But something had changed. They shared their experiences, and wanted their partner to support these efforts.

Solitary passion by itself wasn’t enough, so they sought passionate support. They wanted their partner’s involvement in their impassioned lives. It wasn’t that they lost interest for one another; it was merely diverted into separate activities. At last, they found themselves in a position to offer exactly what they needed: a spouse to engage in passionate interest, and to fight the antagonist that they both experienced individually for so long.

Can you imagine the tenacity and fortitude required to actually reconnect with a spouse once thought lost? To go out on a date, laugh, giggle, feel sexy, and get seduced when there is a lengthy history of absenteeism and discontent? These couples are some of the bravest that I know, when the partners are willing to put breath into something which they thought dead. Giving air into a flickering flame can and will reignite it to a powerful glow, with patience and continued diligence. That work, though never easy, will pay off.

That couple recently celebrated their 20th wedding anniversary with a renewal of their vows, a commitment to one another despite all that may stand in their way, and a promise to experience it all, together.