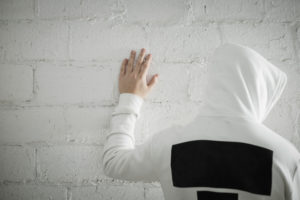 School shooters may feel unable to live up to their school’s masculine norms, according to a study published in the journal Gender Issues. All 29 of the shootings the study identified involved male shooters. Insecurity and family difficulties figured prominently in the shooters’ history.

Some analysts have argued that pressure to conform to a masculine ideal that involves dominance and control plays a role in mass shootings. Dubbed “toxic masculinity,” this phenomenon might explain why the overwhelming majority of spree killers are men. This study found boys who were labeled with feminine epithets and shunned by their peers were more likely to engage in shootings—perhaps in an attempt to regain control or feel more masculine.

The Link Between Gender Role Pressure and School Shootings

The study included data from all identifiable school shootings committed between 1995-2005 in the United States. The data included 29 shootings, and 31 shooters. The study, which highlighted previous research emphasizing the role of masculine norms of violence in school shootings, sought to identify characteristics that school shooters might share.

According to the study, previous research has found that boys who engage in school shootings are more likely to experience emasculating bullying, such as being called gendered or homophobic epithets. They often explore violent themes in their writing and recreational activities, idealize violent figures, are excessively interested in guns, and come from families that own guns. Many told a classmate of a plan to engage in violence. In most cases, at least one adult said the shooter had engaged in aggressive misbehavior such as fighting or threatening another student.

All 31 of the shooters in the study had been the subject of emasculating bullying. They all showed some signs of rejection and marginalization, such as being rejected by a girlfriend or having few friends.

Ten of the shooters had previously been diagnosed with a mental health condition, and 10 others grew up in abusive homes. The other 11 boys had a history of reacting aggressively when they felt humiliated.

In adolescence, conforming to male stereotypes—being tough, heterosexual, and “cool”–is often a major predictor of whether a boy will fit in with his peers. Boys who feel they cannot live up to this standard may react violently. They may also face rejection and seek revenge in a way that confirms their masculine identity.

Kathryn Farr, the author of the study, believes ongoing discussions about gender and gender role pressure could help prevent school shootings. She also urges schools to work to identify boys struggling with masculinity. Talking to students about school shootings may also be a helpful step, as shooters often tell others of their plans to engage in violence. If students know this, they may be more likely to tell an authority figure about threats of violence.