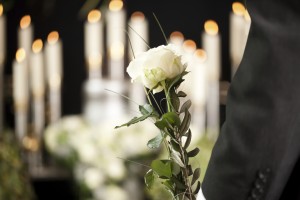 One study, led by University of Alabama criminal justice professor Adam Lankford and published in Violence and Victims, suggests more guns lead to more shootings in the United States.

A separate study, authored by a team of researchers from the University of Nevada-Reno and the Harvard T.H. Chan School of Public Health and published in The American Journal of Medicine, found gun deaths are higher in the U.S. than in any other high-income nation.

To further explore the connection between gun ownership and mass shootings, Lankford pulled data from the New York City Policy Department’s 2012 active shooter report and the Federal Bureau of Investigation’s 2014 active shooter report. He also looked at various data sources from shootings in other countries, compiling research on shootings in a total of 171 nations. In total, he looked at 292 shooting incidents in which four or more people were killed between 1966 and 2012.

Lankford then studied each country’s homicide, suicide, and firearm ownership rate. He found no connection between number of shootings and suicide or homicide rates, but he did find a correlation between gun ownership rates and an increase in shootings.

Even when Lankford removed the U.S.—which accounts for 90 of the shootings studied—from the data set, the correlation persisted.

Lankford cautions that his research cannot account for all mass shootings because some older shootings might not have been reported and some countries may have inefficient reporting systems. Because of the relative rarity of public mass shootings, the sample size remains small.

The second study highlights the United States’ status as an outlier among developed nations. Researchers analyzed the World Health Organization’s mortality data for 2010. They compared the rates of lethal violence in the U.S. to rates in 22 other high-income countries. Though U.S. crime and suicide rates were similar to other countries, gun-related homicide and suicide rates were significantly higher in the U.S.

Compared to residents of other high-income nations, U.S. residents are: