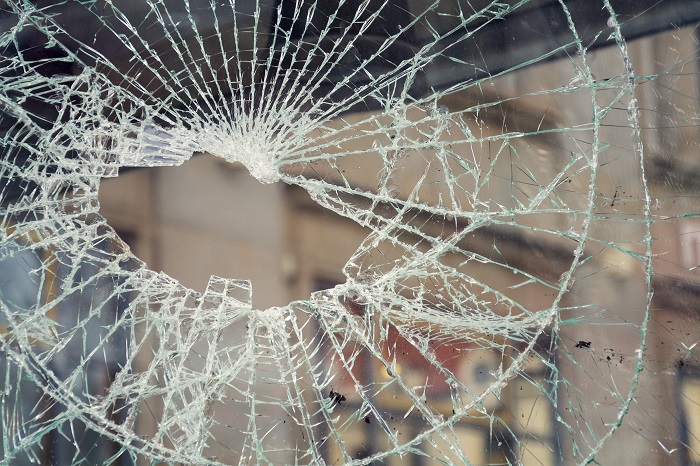 Aggression and violence are terms often used interchangeably; however, the two differ. Violence can be defined as the use of physical force with the intent to injure another person or destroy property, while aggression is generally defined as angry or violent feelings or behavior. A person who is aggressive does not necessarily act out with violence. Issues with aggression and violence or their effects can be addressed in therapy with the help of a mental health professional.

Aggression and violence are not the same. While a person who commits an act of violence may be acting with aggression, a person with an aggressive nature will not necessarily engage in violent acts. Although aggression can result in a physical or verbal attack, sometimes the attack may be defensive or impulsive and lack harmful intent. Often considered a physical expression of aggression, violence may be predatory, impulsive, reactive, or defensive in nature. Violence can develop from situational or environmental factors and may result from a mental condition or from personal or cultural beliefs.

Both violence and aggression can have negative effects, on both a societal and individual level. Acts of violence may target a specific person or group of people, be sexual in nature, or occur following the use of alcohol or drug use. The Centers for Disease Control (CDC) estimates that, in the United States, 2 million emergency room visits each year are due to violent assaults, and about 16,000 people will be murdered each year. Young men between the ages of 18 and 24 are more likely to be victims or perpetrators of violence. Over a third of American women and over a quarter of American men have experienced stalking or physical or sexual violence by an intimate partner, and nearly half of all American women have experienced psychological aggression from an intimate partner.

Though it is difficult to identify all of the factors that may lead to the development of aggressive tendencies or violent behavior, social status, personal issues, and institutional forces may all be factors. Perpetrators of violence might repeatedly lose jobs, relationships, and family members. The criminal justice costs of violence are also high: People who repeatedly commit acts of violence may spend several years or even decades of their lives in prison.

Management of aggression can be facilitated through redirection, conflict mediation, and the establishing of boundaries and appropriate peer relationships. These kinds of strategies can help keep aggressive tendencies from repeatedly being expressed through violence, especially when the behavior is addressed in childhood.

These four types of aggressive behavior are often seen in children but can also describe adult actions. Some long-standing popular ideas may hold that males are more aggressive than females, but research has shown that this is not the case. Although women may tend to use aggressive tactics verbally and indirectly and resort to physical aggression less often than men, research has shown that there is not a significant difference between males and females with regard to aggression.

Aggressive or violent tendencies can result from several different mental health conditions. Alcohol and drug abuse may produce violent behavior, even when a person is not usually violent. Posttraumatic stress and bipolar can also lead to the violent expression of aggressive thoughts. In some instances, brain injuries cause a person to become violent, and children who grew up in traumatic or neglectful environments can be more inclined to demonstrate aggression and resort to violence. Any life circumstance that causes stress, such as poverty, relationship problems, or abuse, can also contribute to aggression and violence.

Demonstrated aggressive and/or violent behavior may also indicate conditions such as intermittent explosive disorder (IED) or a conduct disorder. IED, a behavioral condition that typically presents in the teenage or early adult years, is categorized in the Diagnostic and Statistical Manual (DSM) as an impulse control disorder. This condition is often indicated by extreme expressions of anger, disproportionate to the situation, that may become uncontrollable rage. Conduct disorder, a condition that generally begins in adolescence, is listed in the DSM under attention-deficit and disruptive behavior and is characterized in part by physical and verbal aggression, destructive behavior, and cruel behavior toward humans and animals.

Two genes that have been determined to increase an individual's likelihood of committing a violent crime have recently been identified: the MAOA, or warrior gene, and a variant of cadherin 13, which has been linked to substance abuse and ADHD. In combination with other factors, such as substance use or environmental influences, the presence of these genes are likely to increase the possibility of one's acting on violent urges.

Effects of Aggression and Violence on Mental Health

Violence is found in many areas of life: in the workplace, at home, in sports performances, and in general public areas. It cannot usually be anticipated by the people it affects, and victims of violent acts may experience serious mental health issues as a result, such as posttraumatic stress, depression, and anxiety. A person in an abusive relationship, for example, may fear further repercussions and feel unable to leave the relationship, thus potentially subjecting him- or herself to further harm.

Sometimes perpetrators of violence have mental health issues such as narcissistic, antisocial, or borderline personality. While these mental health conditions are not necessarily indicative of violent behavior, a breakdown in coping skills can often contribute to aggressive or violent behavior, and antisocial personality is characterized, in part, by cruelty toward animals that may include violence. Passive aggression, or subtly aggressive behavior, is not characterized by violence, but by obscured criticism of another person's actions. A person demonstrating passive aggression may be argumentative or extremely critical of authority, complain of being underappreciated or misunderstood, or passively resist assigned tasks by procrastinating or "forgetting."

Many different types of therapy may be helpful in treating aggressive or violent behavior, depending on the reasons for the behavior as well as the personality and life experiences of the person in treatment. In domestic violence situations, however, couples therapy may not always be the best course of action as the process can further endanger the victim of the abuse, and some therapists will not work with an aggressor who seems unwilling or unable to change.

Cognitive behavioral therapy focuses on teaching those who demonstrate aggressive and violent behavior to better understand and control their aggression, explore various coping mechanisms to better channel the thoughts and feelings associated with violent behavior, and learn how to properly assess the consequences of aggression or violence.

In psychodynamic therapy approaches, people who resort to violence in order to hide deeper emotions are encouraged to become conscious of the more vulnerable feelings that may underlie their aggression. When these feelings, which may include emotions such as shame, humiliation, or fear, are expressed, protective aggression may dissipate.

When violence occurs as a result of abuse, such as when physical abuse that occurred in childhood leads an adult to resort to violent expression, therapy to treat the aftereffects of abuse may be helpful.