The Dos and Don’ts of Narcissism: Do You Fit the Profile? 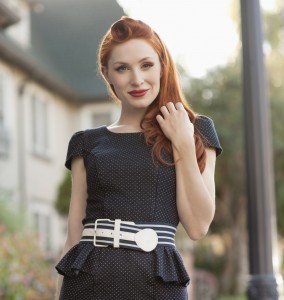 Have you ever been called a narcissist? Have you heard it said about someone else? The tone with which that term is flung can be heavy with disdain.

Public awareness of the word and its implication of self-absorption and ego-tripping is on the rise, making it a popular putdown for the overtly vain. It is understandable that anyone on the receiving end of such an accusation would react defensively—in the moment, at least.

But do you ever wonder, “Am I a narcissistic person?” What does that actually mean? What can I be doing to warrant that accusation?

Actually, it takes a LOT to be diagnosable as having narcissism. The top end of this spectrum issue includes masterful manipulation of others, a grandiose sense of self-importance yielding arrogant behavior and a sense of entitlement based on the belief that he or she is “special.” At its worst, it co-occurs with antisocial behavior and includes mental, emotional, and sometimes physical abuse of others or even criminal activity.

Everyone is capable of behaving in a self-centered manner from time to time; it is essential to our survival. But when some of these traits exist in mild form or if any one trait becomes a persistent pattern of behavior, it can still be off-putting. It may not be enough to be diagnosable, but the effect on others is certainly noticeable.

If you believe you fall on the spectrum, here are some suggestions for keeping your self-centered leanings in check:

Increasing awareness of your inner world and the effect your behavior has on others is an important means for achieving personal growth. Work on these things and the next time someone accuses you of narcissism, you may not even flinch, confident in the knowledge that you do not fit the profile.