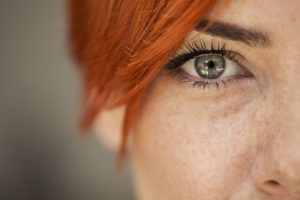 People who are healing from toxic love relationships do well to educate themselves on the nature of the emotional abuse sustained so that they can move through their pain to a place of healing.

In my individual work with people who have uncovered that they were involved in a romantic relationship with a person with narcissistic qualities, one of the first things we do in psychotherapy is to work together to understand the psychology behind narcissistic abuse recovery. Putting together the pieces of the puzzle and empowering the person to narrate their story is essential in the reality testing and support of a survivor of narcissistic abuse.

What Is Cognitive Dissonance in Toxic Relationships?

As mentioned in my previous articles on this subject, it is not my practice to label people with “conditions” or “disorders.” I am a strengths-focused therapist, and very solution-focused in my practice with people in therapy. However, when I work with people who are leaving toxic relationships, it helps to understand the nature of the emotional abuse in order to fully conceptualize and process their reality of the experience. Narcissistic abuse is an insidious, covert form of emotional abuse that can happen to unsuspecting individuals who are entangled in a relationship with a person with narcissistic qualities.

One of the key methods of emotional abuse employed by people with narcissistic tendencies is the generalized concept called cognitive dissonance. What this abuse tactic does is create in the target a sense of unreality, confusion, and a mind-set of not trusting their own perception of the situation. Leon Festinger (1957) was one researcher who studied the theory of cognitive dissonance. Essentially, cognitive dissonance occurs when humans experience a state of holding two or more contradictory thoughts or beliefs in their cognition at one time. The result is a state of anxious confusion and a desire to reduce the resultant overwhelm and unbalanced perception.

A simplistic, condensed example in a toxic relationship: an abuser professes love and divines a marriage date with their partner. The partner is courted, romanced, and ultimately falls in love with the abuser, not knowing that the abuser has ulterior motives (i.e., not staying in the relationship). The partner envisions wedding details and enjoys the courtship, flowers, and being placed on a pedestal. The abuser then suddenly makes a comment denying they said anything about getting married. They go on to say the partner is “crazy” for thinking that. Blame is then projected upon the partner, and the partner is dizzy with confusion, recalling that, indeed, their significant other did discuss wedding bells and a future together.

The partner then experiences a state of cognitive dissonance—a hazy unreality of confusion. Such emotional abuse renders the target confused and reeling with heartache that the pace of the relationship has slammed to an abrupt halt, in addition to feelings of betrayal and being blamed.

Another common tactic of emotional abuse employed by individuals with narcissistic issues is “gaslighting.” This term was coined after a movie titled Gaslight (1944) in which a form of psychological abuse resulting in cognitive dissonance occurred for the main character, played by Ingrid Bergman. The result of gaslighting is that the target of abuse doubts their own reality of the situation because the abuser is trying to confuse and disorient the target in order to maintain power and control, all at the cost of the emotional well-being of the target.

Another example of gaslighting in the movies would be the Julia Roberts character as the target of abuse in Sleeping with the Enemy (1991). In her situation, her abuser would appear as a stalker in her house by straightening out the bath towels. Roberts’ character knew that her partner was particular about cleanliness and order, so when she thought she was alone in the house, she found out she was not by seeing straightened bath towels arranged eerily in order. This gaslighting resulted in Roberts’ character doubting her reality and feeling a state of psychological terror. In circumstances where emotional abuse occurs outside of Hollywood films, often the “gaslighting” is verbal or emotional, placing the target of abuse in a state of perpetual confusion.

Cognitive dissonance is diffused and reduced when the survivor of narcissistic abuse is able to receive validation and confirmation of the reality of their circumstances. Narrating the story can take place verbally in psychotherapy sessions and/or via the use of journaling exercises. Although this is just the beginning of the healing process, mastering the trauma associated with narcissistic abuse ensues when the target has unconditional, positive regard, validation for their experience, psychoeducation about the nature of narcissistic abuse recovery, and empowerment as they move through the emotions associated with grief/trauma recovery.

Being able to vocalize or write about the particulars of the experience releases the trauma and enables the survivor to reduce cognitive dissonance and continue with the healing work. Talking to a licensed, compassionate therapist can be one helpful step in moving toward healing.

There are many more steps in the healing process, but working through cognitive dissonance is a key, initial component in reducing trauma and anxiety in survivors of emotional abuse.