The Devaluation of the Person in Therapy 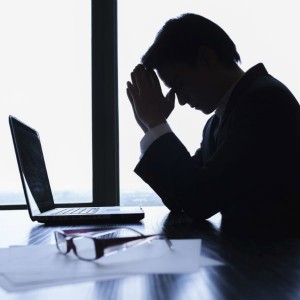 Editor’s note: This article is the first in a series exploring why use of the term “patient” is harmful in the context of psychotherapy. For an introduction on the topic, click here.

The most damaging myth propagated by the use of the word patient and the one-down dynamic is the belief that people in therapy, whether they are struggling with particular issues or simply working on their own personal growth, are somehow sick.

To be fair, it’s important to acknowledge that this myth is largely fueled by our stoic American culture, which teaches us to fear giving away any sign of perceived weakness, and by how people in psychotherapy are portrayed in the media. You can read more about this here. The categorical belief that those who struggle emotionally are sick is false. I’ve made my case before here.

The most important point made by the articles referenced in the preceding paragraph is this: there is no such thing as a “disorder” when it comes to most emotional issues, particularly those which have their etiology or main influence in life experience. This is because nearly every symptom you can imagine (sadness, anxiety, flashbacks, overeating, depression, self-criticism, etc.) is either a logical, orderly, and protective response to suffering, or is suffering itself in its rawest form. Thus, the concept of disorder as it applies to most people experiencing mental health issues is ill-conceived and illogical.

To demonstrate this, I’m sharing the story of a person I will call Ron. Ron, who had a serious delusional and manic episode, would likely be labeled and pathologized in many mental health circles, perhaps even considered damaged goods. I’m sharing this story to demonstrate that Ron wasn’t disordered at all. Everything he did was a logical, orderly response to suffering and an attempt to shield himself from further pain. He should be seen as a hero for the way his psyche protected him, the work he did in therapy, and for having the courage to travel inward to the deep, dark places that many would avoid.

Ron is a 35-year-old publishing executive and father of three young daughters. About five years ago, his wife left him suddenly “to go find herself,” and shortly after that he was fired. The stress of becoming a single father overnight with three young daughters to take care of, combined with intense feelings of rejection and worthlessness from being abandoned by his wife and fired from his job, became too much for Ron to handle. Shortly after these major stressors, Ron had a manic episode and voluntarily sought hospitalization (with the help of a friend) where he was diagnosed with bipolar disorder.

The story goes that Ron barged into his boss’ office to confront him about the termination. When his boss declared that Ron wasn’t “big enough or important enough” to keep on the team, Ron leaped onto his boss’ desk, pulled his pants down to expose his penis, and replied, “You don’t think I’m big enough?” This led to the company security personnel escorting Ron out of the building. Shortly after, Ron was overcome with delusions of grandeur that included thinking he was a prophet and driving his car with his eyes closed; all of which led to a close friend intervening and encouraging Ron to seek help.

When I met Ron, he was no longer experiencing delusions or mania. He was working for another publishing company, had shared custody of his kids, and was taking a medication in an effort to prevent future episodes. Ron felt emotionally flat and wanted to stop taking the medication, but he was equally ashamed of his behavior and afraid of ruining his career and reputation permanently.

During our work together, Ron never made it a goal to stop taking meds. However, Ron was intrigued with the idea that there might be an emotional cause for the mania and delusions, which he had never considered. We started by getting to know the “prophet” part of him that felt all-powerful—this was the part of him that challenged his boss, drove with his eyes closed, and did other things that seemed like blatant acts of power and confidence.

It took many sessions until Ron was able to sit curiously with the “inner prophet” because Ron had an “inner critic” that despised this part. Once Ron was able to respectfully move the inner critic aside and sit with the prophet part, he discovered through the internal process of listening to it that it was protecting him from a black hole of worthlessness, shame, and what he described as the feeling of death. Ron spent many sessions holding compassion for this part of him, moving closer to the black hole without being sucked in or becoming overwhelmed.

Without going into too much detail, I can say that Ron remembered many instances from his childhood and adulthood in which he absorbed feelings of shame and worthlessness. He was able to sit compassionately and care for the parts of him from different ages that took these feelings on. As he sat and cared for these parts, his body shook, he cried, he moaned, and he shared stories about different times in childhood when he felt worthless.

Through caring for these parts in the same way one might care for a hurt child, these parts of Ron let go of the extreme thoughts and feelings they carried. As a result, Ron felt physically lighter, loved himself in a way he never had, and knew how to care for parts of himself that he was previously too afraid and ashamed to go near.

In the end, Ron was a changed person. He was less apt to need to prove himself, less competitive, and way more accepting of himself and others. He made amends with some of the people in his life he had hurt and even apologized to his former boss. Ron contacted me a couple of years after we stopped working with each other to let me know that, with the help of his psychiatrist, he had stopped taking the medication.

Like the part of Ron that was labeled manic, the symptoms people experience are often destructive to self and others, and it’s easy to fear, misunderstand, and judge these symptoms. That’s a big part of what reinforces the myth that people are sick. But decide for yourself. After reading this story about Ron, do you think he was sick and deserving of the various labels mental health professionals could give him, such as bipolar, manic depressive, delusional, and perhaps even psychotic? Or do you see Ron, like I do, as a good guy who had been hurt too many times and was simply protecting himself the only way he knew how? In my opinion, Ron did not go crazy, he was not sick, he was just a human being experiencing a difficult period. All of his symptoms made sense in light of what he’d been through.

We could say Ron was unhealthy, we could focus on his self-destructive behavior, we could have pity for him, and we could label him delusional or manic. Or we can recognize that not only was Ron doing the best he could given how he was equipped by life experience and physiology, his self-destructive, delusional behavior was a failed attempt at self-preservation—a human being doing everything he could to avoid feeling worthless, rejected, and ashamed.

When a person struggles and suffers through periods of desperation, we find that the instinct to avoid pain is fully intact. This instinct is what can drive a person toward health. Without this instinct, without the psyche’s ability to protect itself from pain, no matter how destructive one’s coping methods are, the potential for health would not exist. In other words, the struggle is good. There is a beautiful silver lining in the struggle that beckons one toward transformation and rediscovery of one’s self—the intact, impenetrable core.

Everyone suffers, everyone struggles, and everyone can benefit from the help of others, including the kind of help therapy offers. Suffering and struggling do not make you sick. They make you human. Asking for help, relying on others, doesn’t make you sick, either. There are more than seven billion people on this planet in part because we know how to work in teams and rely on others. Asking for help—even needing help, in my opinion—is a sign of resiliency, self-preservation, hope, and a strong indicator that one is not sick.