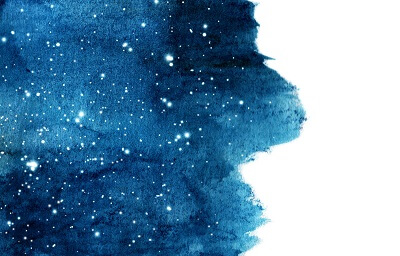 Psychosis is a state of mind that involves disruptions in areas of brain functioning including cognition, perception, processing, and emotion. Historically, psychosis was used to refer to any mental health condition that interfered with normal functioning. Currently, the most common definition of psychosis is an episode that causes someone to disconnect in some way from reality.

Individuals experiencing symptoms of psychosis may find it helpful to seek treatment from a mental health professional.

When someone enters a state of mind that does not connect with reality, they may have entered a state of psychosis. One of the primary signs of psychosis are hallucinations or delusions. Hallucinations occur when the senses perceive something that isn’t real and can come in many forms, including auditory, visual, and tactile hallucinations. Delusions, on the other hand, are false beliefs.

Psychosis is not its own condition. Instead, it appears as a symptom of other conditions. Some conditions, medical and psychological, that list psychosis as a primary symptom include:

The terms “psychotic episode” and “psychotic break” most often describe a sudden, sharp disconnect from reality. Psychosis is a frightening experience for many of the people it affects. As many as 3 out of 100 people will have a psychotic episode at some point in their life.

Symptoms of psychosis can also occur in different contexts. Clinicians may differentiate between psychosis caused by ingesting a substance, psychosis related to a mental health condition, or psychosis unrelated to either of these factors.

Psychosis has been linked to reduced grey matter in the brain. It is thought that changes in the brain structure as well as genetics contribute to the development of psychosis. The ingestion of certain substances, such as marijuana, is also linked to psychotic episodes.

Psychosis is most commonly associated with schizophrenia, a severe psychiatric condition that may cause an ongoing loss of contact with reality. Other mental health conditions that may cause psychosis include major depression and bipolar. Substance abuse and chemical withdrawal have also been known to lead to psychosis.

Some medical conditions, such as Parkinson’s disease and Alzheimer’s, are also thought to cause psychosis. In addition, severe infection that has spread to the brain, epilepsy, stroke, brain tumors, and the late stages of AIDS have the potential to cause psychotic episodes, although psychosis is not characteristic of these illnesses.

In rare cases, psychosis may occur in women after childbirth, generally in the first two weeks after delivery. Postpartum psychosis is linked to postpartum depression, but it is far more rare, occurring after only about .1% of births. Risk factors include a previous psychotic episode, bipolar, or a family history of bipolar. The condition is both temporary and treatable, but it is serious: There is a 5% suicide rate associated with postpartum psychosis, and a 4% infanticide rate.

Symptoms of postpartum psychosis include:

What Is Psychotic Depression?

In people with severe depression, psychosis often takes the form of delusions. A person with psychotic depression may believe that only bad things are bound to happen to them or that there is little hope for the future. These beliefs, which can lead to suicidal thoughts and actions, can make psychotic depression particularly dangerous.

Due to the high risk for suicidal thinking associated with this type of depression, early diagnosis and treatment is often critical. Antidepressants and antipsychotics have been shown to be effective treatments for psychotic depression.

Psychosis in the Media

Media portrayals of mental illness are often inaccurate. They may include distortions and exaggerations of the symptoms of mental health conditions as well as incorrect and inconsistent descriptions of particular mental health conditions. In film and television, for example, conditions such as bipolar or schizophrenia are often linked to violent tendencies, even when violence is not typical of the condition being depicted. This kind of representation can lead to further stigmatization of mental health issues. This is especially true of psychosis, which is frequently confused with psychopathy.