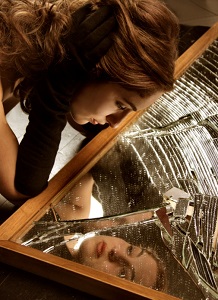 Reality: In my experience, the most common reason people avoid seeking the help of a therapist is the belief that it will mean they are weak, incapable of solving problems on their own, or that they are simply “crazy.” But it goes beyond that. People often are afraid of how they’d feel if others saw them this way—namely worthless, flawed, or unlovable.

The reality is that the majority of people in therapy are ordinary, everyday people dealing with ordinary, everyday problems. Adjusting to major life changes, experiencing grief, processing anger, improving relationships, working on self-esteem, and addressing core beliefs about one’s body image are all examples of common issues which bring people to therapy. There are many other issues people go to therapy for, of course, which likewise are absolutely normal. In fact, more than a quarter of the U.S. adult population has a diagnosable mental health condition at any given time, and as many as 13% of children, according to the National Institute of Mental Health.

Indeed, some of these people experience serious mental health issues, and many benefit from medication, residential treatment, and hospitalization. But the idea that people seeking help for normal, common issues are somehow flawed couldn’t be further from the truth. Going to therapy is, in fact, an indication of emotional maturity, an indication that a person can accept that he or she needs the help or guidance of another and is willing to do what is necessary to take care of himself/herself. So where does this myth—that going to therapy means you’re inadequate—come from?

The first influence, in my opinion, is cultural. From an early age, many generations of Americans learned there were painful consequences for demonstrating any sign of weakness. These consequences may include being teased, disliked, bullied, excluded, and ostracized by parents or peers. As a result, many people spend their lives camouflaging their suffering, not daring to share their hurt for fear of rejection. One common manifestation of this is the “grocery store check-in,” in which there is rarely any honest admission in response to the clerk who asks how your day is going.

Paradoxically, the sense of weakness people spend their lives avoiding is not weakness at all. Weakness is simply a value judgment made by others who are afraid. If you are truly fortunate, you come to realize this at some point.

For example, in my family it was OK to cry. My brother and I grew up knowing what it felt like to have “good cries,” to be comforted by loved ones, and to feel better afterward. A good cry occurs when a person can feel his or her pain and simultaneously have tenderness, compassion, and acceptance for themselves. If you’ve ever had a good cry, you’ll know that there is nothing vulnerable or scary about it. Most of the work involved in learning to cry is about setting aside judgment or fear so one can open his or her heart and hold himself/herself, figuratively speaking, in the same way children need to be held when they cry. Now, as an adult, I don’t go around crying at the drop of a hat, breaking down in public and asking the grocery checker to hold me. But I do let myself feel sadness, cry if I need to, and express my hurt without fear.

In 2012 I was experiencing acute temporomandibular joint dysfunction (TMJ) and chronic stomach bloating and gas. Eventually I went to the doctor, worried there was something wrong with me. My naturopath, who knew about the stress I was under, looked at me and said something along the lines of, “Noah, there’s nothing wrong with you physically. I have no doubt your symptoms are a result of how much your heart’s been grieving.” In response to being witnessed, I felt a surge of grief rise through my body and I broke down and cried like a baby. All the loss, regret, and grief I’d been feeling suddenly and powerfully surfaced. I realized then that I had been stuffing my feelings in order to function for my kids and my work. Being witnessed by my doctor, and later by myself, was like getting a hug that I so badly needed. My cry lasted no more than a minute, but the results demonstrated the undeniable benefit of being with our feelings: the TMJ and stomach problems completely resolved for a couple of days. When the symptoms came back, I took it as a sign I needed to slow down and listen to my feelings again. Once I started being with my feelings, crying as needed and giving myself the internal hugs I needed, my symptoms went away—and never came back.

The irony is that in therapy I’ve helped countless others who were stuffing and somatizing their feelings, yet here I was—a trained therapist—doing the same. Of course, this is more evidence to support a point I’ll touch on later: that therapists need just as much help as anyone else.

There is great power in being witnessed by another person who holds compassion for you the way my doctor did. But this isn’t the reality for many. If you were raised in a family in which crying was shamed, criticized, avoided, or discouraged, you probably look upon crying as a weakness and likely have other perceived “weaknesses” that you’re afraid to show.

For those who feel highly vulnerable to the judgment of others, the confidentiality and safety provided by a therapist can be the reason they step out of their comfort zone and go to therapy. Like a safe confession, therapy should be a place where all thoughts and feelings are welcome.

However, many don’t see therapy this way. For many, the fear of being seen in the waiting room or it being discovered that they are seeking help from an expert is far too great. Imagine if it was taboo to seek help for a broken leg, high blood pressure, or any other medical problem. There would probably be far fewer than seven billion people sharing the planet. Could it be that the fear of going to therapy might be killing us?

The second factor contributing to the belief that going to therapy means you’re weak, inadequate, or “crazy” is the media. People in therapy on television and in movies are often portrayed as flawed.

One of the earliest examples of this is the novel One Flew Over the Cuckoo’s Nest. Later released in 1975 as a feature film, it follows the story of a man who boldly takes on oppressive conditions within an inpatient hospital. The brilliance of the book is how it highlights the fine line between “normal” and “abnormal.” However, the film, by the sheer insanity of some its characters, reinforces the idea that having any kind of mental health issue could mean you’re “crazy.” Indeed, in the interests of dramatic effect, the film may have inadvertently influenced people to avoid mental health counseling.

One of the mostly widely viewed daytime television shows, Dr. Phil, has had a tremendous influence on how people view mental health. Sadly, I believe the show contributed to the perception that therapists spend their time confronting people in treatment in condescending and punitive ways, often leaving them feeling stupid, inferior, and inadequate. Of course, it’s common for television producers to find ways to shock and awe their audiences into tuning in next week, but with Dr. Phil the shock and awe is, in my view, often a blatant mistreatment and abuse of power. In the same way Jerry Springer fans take pleasure in the drama and dysfunction displayed by his guests, frequent viewers of Dr. Phil probably enjoy the show for similar reasons and come to view therapy in a negative light. If Phil McGraw helped people find the positive function behind their destructive behaviors, he could encourage millions to consider therapy instead of frightening them away.

I could cite numerous other examples—television shows In Treatment, The Sopranos, Arrested Development, and Mad Men among them—that perpetuate or exacerbate misconceptions about therapists, therapy, and the good, normal people who seek it. Ultimately, none of these media creations accurately reflects what actually transpires in the private, safe, respectful place that is a therapist’s office.

Please don’t be afraid to go there.