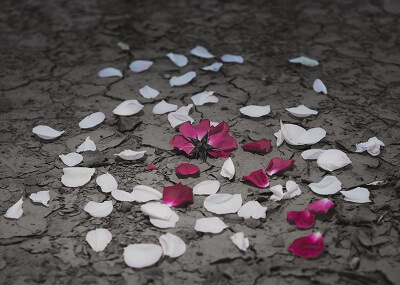 Worthlessness can be described as a feeling of desperation and hopelessness. Individuals who feel worthless may feel insignificant, useless, or believe they have nothing valuable to offer the world. People diagnosed with depression often report these feelings, and children who were neglected or abused may carry a sense of worthlessness into adulthood. When worthlessness leads one to experience thoughts of suicide or causes other immediate crisis, it may be best to contact a crisis hotline or seek other help right away.

Worthlessness, a feeling that may cause an individual to feel as if they have no significance or purpose, can have a significant negative effect on emotional health. A recent study conducted by researchers at Seoul National University found that feelings of worthlessness were significantly associated with lifetime suicide attempt in adults who reported major depression and had also experienced trauma. The study concluded that, among symptoms of depression, worthlessness had the strongest association with lifetime suicide attempt.

Circumstances such as job loss, divorce, or financial difficulties can quickly cause someone to become overwhelmed, and those who experience one setback after another may be more likely to experience feelings of worthlessness and find themselves questioning whether their lives have any meaning. People who experience worthlessness may find it difficult to see any aspect of life as positive and may believe there is no prospect of improvement. This perception is generally a distorted one and is often likely to result from underlying conditions such as depression, anxiety, grief, or stress. The longer one experiences feelings of worthlessness, however, the more difficult it may be for them to overcome these feelings without help.

Feelings of worthlessness may develop into a prolonged state of negative mood, but they can also affect physical health. A study evaluating the relationship between mortality and worthlessness in Chinese men 65 and older found worthlessness, out of all other symptoms of depression, was the only independent predictor of non-suicidal mortality in the approximately 2,000 individuals studied. Five years after the study, 18.2% of the men who had reported feelings of self-worthlessness, but only 9.9% of the men who did not report feeling worthless, had died. This may be due to a variety of reasons, such as the likelihood that individuals experiencing feelings of worthlessness may be less likely to seek preventative health care or engage in health-promoting behaviors and may be more likely to smoke or engage in other behaviors shown to negatively affect health. They may also be more likely to lack social support. The study's authors suggested worthlessness should be recognized as a risk factor in mortality, especially in Chinese men older than 65.

In the Diagnostic and Statistical Manual, worthlessness is associated mainly with depression, but these feelings might also appear as symptoms of schizophrenia, anxiety, or on certain personality spectrums. Strong feelings of worthlessness in children may be indicative of peer conflicts or neglect or abuse and should be taken seriously.The feeling of worthlessness may also be related to other feelings, including hopelessness, guilt, persistent sadness, or loss of motivation.

Worthlessness may present in different ways. An individual might experience:

An individual who feels worthless may:

When one's feelings of worthlessness go unaddressed, they may rapidly become overwhelming and interfere significantly with the ability to function. It may be difficult to cope with these feelings without professional help, and when worthlessness occurs as a symptom of depression or any mental health condition, other than immediate crisis, therapy is often beneficial.