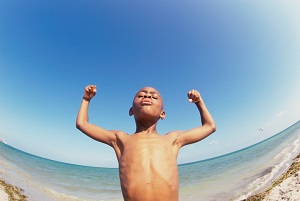 A delusion of grandeur is the false belief in one’s own superiority, greatness, or intelligence. People experiencing delusions of grandeur do not just have high self-esteem; instead, they believe in their own greatness and importance even in the face of overwhelming evidence to the contrary. Someone might, for example, believe they are destined to be the leader of the world, despite having no leadership experience and difficulties in interpersonal relationships. Delusions of grandeur are characterized by their persistence. They are not just moments of fantasy or hopes for the future.

Symptoms of Delusion of Grandeur

Causes of Delusion of Grandeur

Delusions of grandeur are associated with narcissistic personality disorder (NPD), which is a mental health diagnosis listed in the Diagnostic and Statistical Manual of Mental Disorders (DSM). A narcissistic personality may cause people to greatly overestimate their own importance and believe in their own uniqueness. These delusions can also be symptomatic of schizophrenia. Some people with schizophrenia experience delusions in which they believe they are a hugely powerful person or have a great gift to give to the world.

Treatment for Delusion of Grandeur

Treatment of delusions depends upon the underlying cause. It is important for practitioners to differentiate between delusions of grandeur and simple hopes for the future. A person, for example, who wants to be president one day is likely not experiencing a delusion of grandeur. A combination of talk therapy and medication can be helpful in treating delusions of grandeur. Depending upon the delusion’s cause, antidepressants, anti-anxiety medications, and/or antipsychotic medications may be prescribed.