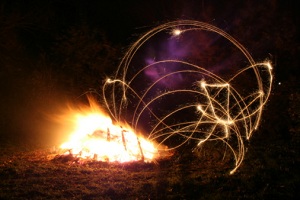 Mania may be used colloquially to refer to any deviant behavior, but in the field of psychology, mania refers to physical and emotional agitation, overactivity, and excitability, and is frequently accompanied by impulsivity and poor decision-making.

A related symptom, hypomania, involves less pronounced symptoms of mania and may be an isolated symptom or a symptom of a mania-related disorder. Unusual quantities or processing of dopamine and norepinephrine have played a role in mania in some brain studies, though the precise cause of all forms of mania is still not well understood.

What are the Symptoms of Mania?

Mania correlates with an elevated mood, increased activity, and agitation. Common symptoms of mania include:

Is There Treatment for Mania?

Treatment of mania depends upon its cause. Antipsychotic medication and mood stabilizers are frequently effective. Patients suffering from bipolar may struggle with both depression and mania, but antidepressants may exacerbate symptoms. Lithium is among the most popularly prescribed drugs to treat mania, but it can have serious side effects. Some clinicians prescribe anticonvulsants or anti-anxiety medications to treat mania. Lifestyle changes and psychotherapy may effectively treat less severe forms of mania, but frequent episodes of mania are most typically treated with some variety of prescription medication.