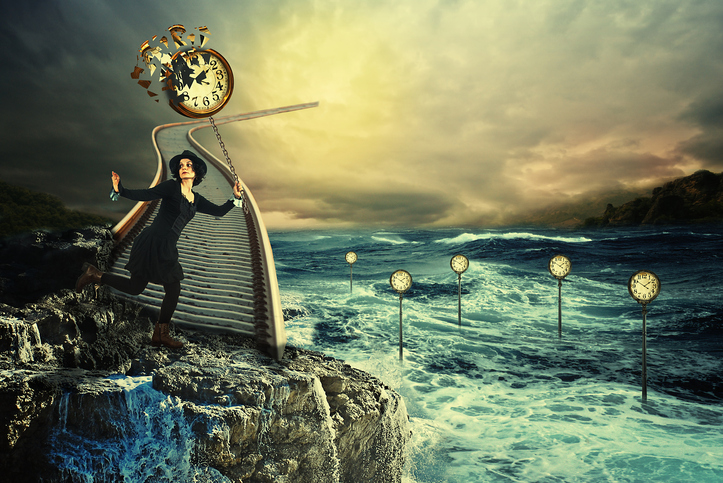 Psychoanalysis was developed in the late nineteenth century both as a theory and a form of therapy. Based on the premise that unconscious conflicts form the root of psychological issues, psychoanalysis suggests symptoms can be reduced by bringing these conflicts into conscious awareness. The theory of psychoanalysis has been criticized and revised numerous times, but it remains one of the most influential approaches in the field of psychology.

Attempts to trace back the history of psychoanalysis invariably lead to one renowned figure–Sigmund Freud. Born in 1856, Freud was a distinguished neurologist whose practice exposed him to individuals with symptoms of a condition similar to somatization, which was called hysteria at the time. Influenced by the work of fellow neurologist Jean-Martin Charcot, Freud began experimenting with hypnosis in treating these individuals.

As Freud’s interest in hypnosis deepened, he collaborated with Josef Breuer to develop a new form of treatment that centered around helping individuals recall memories of traumatic events that occurred near the time symptoms began. Both Freud and Breuer observed that when people accessed these memories under hypnosis and spoke freely about them, their symptoms diminished. In 1895, Freud and Breur published Studies on Hysteria, in which they described several cases of individuals treated through psychoanalysis. This publication is widely regarded as the first contribution to psychoanalytic literature.

After encountering several problems with hypnosis, Freud later abandoned this method in favor of what he termed "free association." By asking individuals to speak freely about whatever came to mind and analyzing these free associations, Freud found he could work his way back to the root of the psychological issues he encountered by uncovering repressed memories. He coined the term “psychoanalysis” to describe his new approach to treatment and its theoretical underpinnings.

As time passed, Freud expanded and refined his theory. Although he maintained that sexual trauma affected mental health, he began viewing symptoms primarily as the result of unconscious conflict. In 1899, he published The Interpretation of Dreams, in which he described dreams as the result of this conflict. He theorized that dreams are unconscious attempts to work through conflicts or express desires too threatening to be allowed into awareness.

Early in the twentieth century, Freud's ideas began to increase in popularity among other progressive thinkers in Vienna, where he lived and worked. Notable among these were Alfred Adler, Carl Jung, and Otto Rank, who all became part of the first organized group of psychoanalysts called the Wednesday Psychological Society, later known as The Vienna Psychoanalytic Society. In 1909, Freud travelled to the United States with Jung, where he delivered a series of lectures and spread ideas of psychoanalysis far beyond the boundaries of Vienna. However, after a few years, some of Freud's closest associates began protesting several of his key ideas. Some, including Adler and Jung, went on to propose their own theories and methods for psychoanalysis.

As World War I broke out, the psychoanalytic movement received an enormous boost, particularly in Britain. Numerous soldiers were returning from war with symptoms of shell shock, known now as posttraumatic stress (PTSD). Psychoanalysis was revealed to be useful for understanding and treating this condition, especially considering the limited options available in the field of psychiatry at the time. The war’s aftermath also prompted Freud to think deeply about the role of aggression in human behavior. Instead of focusing on sexual instincts as the primary motivating force, he adjusted his original theory to include emphasis on what he termed the death instinct. Despite failing health, Freud continued revising and refining his theory until his death in 1939. By then, the theory and method of psychoanalysis had been established internationally.

As the psychoanalytic movement gained momentum throughout Europe and North America, Freud's ideas met mixed reactions. Many of his critics eventually formulated their own ideas about how the mind works, using aspects of Freud's theory as building blocks for their own. Contemporary psychoanalysis is therefore a collection of diverse but related theoretical and practical approaches. Outlined below are some of the most influential psychoanalytic theories to date.

Freud initially constructed a topographical model of the mind, suggesting it functions on three different levels of consciousness:

The unconscious also includes memories and experiences that have been pushed out of conscious awareness because they arouse too much anxiety or are too painful to bear. Freud later advanced a structural model of the mind consisting of the id, ego, and superego:

In healthy individuals, the ego can organize and manage conflicting demands of the id and superego in constructive ways. However, poor ego control may set the stage for intrapsychic conflict, which Freud believed leads to anxiety and other psychological issues.

Ego psychology. Beginning in the late 1930s, ego psychologists such as Heinz Hartmann, Anna Freud, and Erik Erikson set out to revise Freud's theory to emphasize the strength of the ego and the impact of the environment on its development. Freud placed the ego at the center of an ongoing conflict between internal drives and external reality, but Hartmann suggested the ego had a much broader role. He suggested the ego also operates in a separate, conflict-free domain, controlling executive functions including language, thinking, learning, memory, and planning. Hartmann proposed that the development of these aspects of personality depends largely on environmental conditions.

Anna Freud, Freud's daughter, is perhaps best known for her work on defense mechanisms, or the unconscious strategies used by the ego, often to ward off anxiety. Although Freud helped start this discussion, Anna identified many of the defenses now referenced commonly in psychoanalytic literature.

In object relations theory, the term “object” usually refers to a significant person with whom an individual relates, the external object, or to the mental representation of self and others, the internal object. Internal objects begin developing during the first year of life, as infants interact with their parents or caregivers. At first, infants are thought to have difficulty reconciling conflicting aspects of the same object, such as the "pleasure-giving" and "frustrating" aspects of their mother. Lacking the cognitive capacity to make sense of these seeming contradictions, infants engage in a process known as “splitting,” in which they divide their internal objects into good and bad parts. They may begin seeing themselves and others as either all good or bad. In normal development, children eventually integrate both aspects of themselves and significant figures in their life into a more realistic, unified whole. It is thought that in cases where this integration does not take place, an inconsistent sense of self and others is the result.

Margaret Mahler theorized that infants initially exist in a state of fusion with their mother or primary caregiver, unable to differentiate self from other. Within the context of supportive relationships, she believed they go through a process during the first three years of life in which they gradually establish their own separate identities, setting up for healthy relationships in adulthood. During his work with children, Donald Winnicott recognized that those who experienced the greatest difficulties were often from unstable home environments. Consequently, he emphasized the importance of a consistent, nurturing environment for personality development.

Interpersonal psychoanalysis. This variation of psychoanalytic theory was first introduced in the United States by Harry Stack Sullivan. Like object relations theorists, Sullivan believed behavior is motivated by interpersonal rather than intrapsychic events, emphasizing relationships formed early in life. The two motivating forces described by Sullivan are needs and anxiety. Some behaviors are geared toward satisfying physical and emotional needs, while others aim to avoid anxiety. In Sullivan's theory, anxiety refers to any form of distress aroused in social situations. He suggests that the more anxiety is experienced in infancy, the greater number of interpersonal difficulties will manifest later in life. These interpersonal issues are believed to be the basis of psychological distress. Interpersonal psychotherapy therefore focuses on uncovering and restructuring the unhealthy ways individuals may relate to others, so they can achieve more satisfying relationships.

Self psychology. Self psychology emerged from the work of Heinz Kohut, who focused primarily on the concept of the self and its development. Kohut believed an individual’s self-concept is formed from relationships with others, especially parental figures. Children who have positive, nurturing experiences with their caregivers may develop a stable sense of self and be equipped to form lasting and satisfying relationships in adulthood. Alternatively, if their early relationships are primarily negative, they might develop a less stable sense of self and have difficulty relating to others later in life.

The main goal of psychoanalytic therapy is to bring unconscious material into consciousness and enhance the functioning of the ego, helping the individual become less controlled by biological drives or demands of the superego.

The main goal of psychoanalytic therapy is to bring unconscious material into consciousness and enhance the functioning of the ego, helping the individual become less controlled by biological drives or demands of the superego. In traditional psychoanalysis, the therapist remains as anonymous as possible, engaging in very little self-disclosure, if any. Because the goal of psychoanalytic therapy is often to restructure personality rather than reduce symptoms, the process can last for several years.

Traditional psychoanalytic methods have been modified by modern approaches, but the following techniques still form the core of this type of therapy. 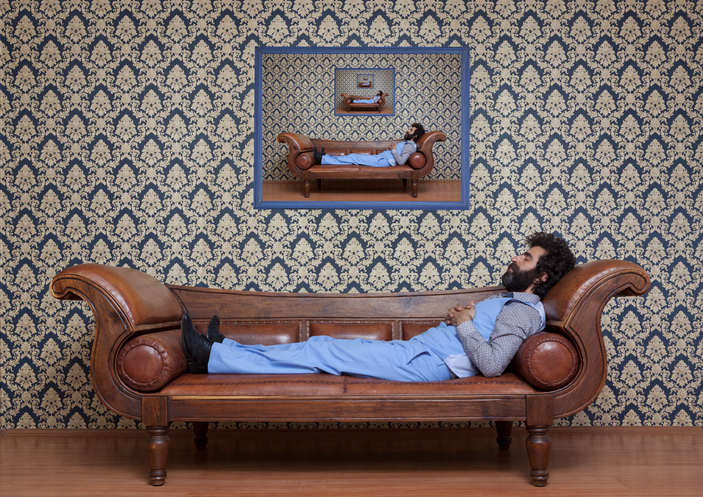 While many people maintain a strong interest in psychoanalysis, the movement has slowed dramatically. In the United States, only a relatively small percentage of therapists engage in psychoanalysis as their primary mode of treatment, and it is rare to find a therapist who strictly adheres to classical psychoanalytic methods. Most analysts adopt contemporary approaches to psychoanalysis that have modified Freud's version in obvious ways. For example, brief, time-limited versions of psychoanalysis are becoming more popular, and the therapeutic relationship tends to be more interactive. Greater emphasis is also placed on how the ego functions as opposed to the id and on current problems rather than early childhood experiences. Although psychoanalysis has been overtaken in popularity by other approaches, such as cognitive behavioral therapy (CBT), it is still considered a valid form of treatment for most anxiety and personality issues.

Freud's development of psychoanalysis laid the groundwork for many other forms of psychotherapy. Some of his early concepts, such as the unconscious, are still utilized across many different treatment approaches. Regardless, psychoanalysis remains one of the most controversial approaches to psychotherapy and has been heavily criticized over the years. Some significant criticisms are listed below.