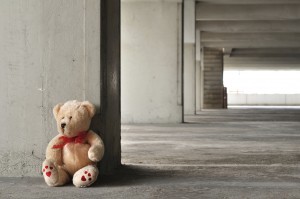 Sigmund Freud originally developed the concept of repression as part of his psychoanalytic theory. Repression occurs when a thought, memory, or feeling is too painful for an individual, so the person unconsciously pushes the information out of consciousness and becomes unaware of its existence. The repressed thought may still affect behavior, but the person who repressed the thought is completely unaware of its existence or effect.

Repression can sometimes be mistaken for suppression. Unlike repression, suppression is when a person consciously forces unwanted thoughts, memories, or feelings out of conscious awareness.

Repression is a central concept in psychoanalytic theory, and many of Freud’s ideas center around the concept of repression. Freud did not classify repression as a defense mechanism; he argued that it occurs before the ego develops.

Contemporary psychologists most commonly use repression to refer to repressed memories—life incidents that the individual cannot recall without the assistance of therapeutic tools such as hypnosis. Repressed memory therapy is extremely controversial. In the late 20th century, many therapists utilized hypnosis to help the people they worked with in therapy remember incidents of sexual abuse. In some cases, the abuse turned out to have never happened. People are highly suggestible under hypnosis, and in some cases therapists may have inadvertently suggested memories that never actually occurred.

Mainstream psychologists now argue that repressed memories are very uncommon, and some clinicians argue that once a memory is lost it cannot be recovered.