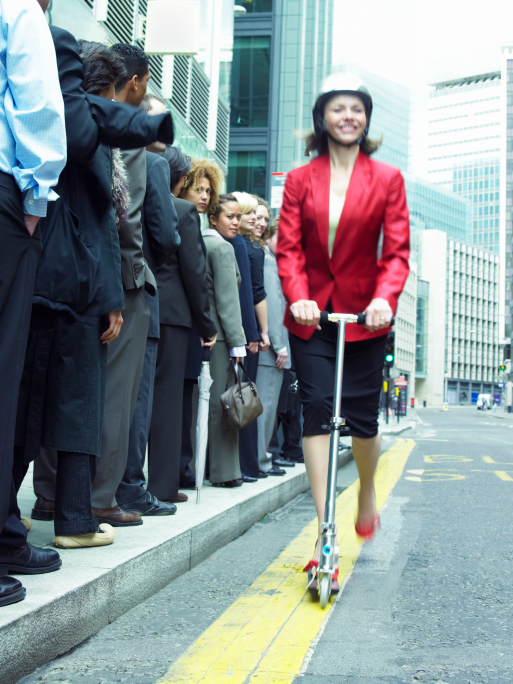 Social norms are a broad set of prescriptions, both explicit and implicit, that dictate behavior in particular situations. They vary from culture to culture and often change over time.

Norms can change based on subculture and setting. For example, desirable behavior among a group of friends is not necessarily desirable behavior in the workplace. When a behavior or practice significantly deviates from a social norm, it may be classified as taboo.

Social norms can be explicit or merely understood. Saying please and thank you are social norms generally taught to children by their parents. However, other social norms are picked up through social cues. Few parents tell their children that boys should be more aggressive than girls, yet girls often learn there is a societal expectation they should be gentle, while boys in many cultures learn aggression is considered by many to be an important part of manhood.

Failure to follow social norms can result in social sanctions. Most societies tolerate some deviation from social norms, though. In many countries, including the United States, aggressive women are often considered to be outside the social norm. However, women are not ostracized for demonstrating aggression when playing sports. Total deviation is rarely permitted, though. A man who cries openly at the end of an emotional movie may have his masculinity challenged, due to the social norm that men should not display sensitivity or grief in public.

People generally look with favor on those who follow social norms. For example, although a person might not be ostracized for failure to completely follow gender roles, a feminine woman might be viewed more favorably by an acquaintance or potential employer than a woman who presents as more androgynous. The androgynous woman may be stigmatized, consciously or unconsciously, for failing to follow the gender norms imposed by society.

All societies have social norms, and these norms can be positive, negative, or neutral. Often these norms are viewed as moral prescriptions even when they have no moral content. Chewing with one’s mouth closed is a strong social norm in many cultures, but few people could give a good reason for its existence other than “That’s just what you’re supposed to do.”

Social norms can become problematic when they encourage behavior that is damaging to certain groups. Racism and sexism have both been social norms at various times. It was once a social norm that women did not work. Social norms now suggest anyone who is interested in obtaining work and able to do so should have the option to do so. However, other racist and sexist behaviors still remain social norms in some locations, within some groups. Expected gender roles can also be problematic when people fall outside of the societal expectations of their gender or do not belong to the gender binary and are treated negatively for their perceived lack of conformation.

Because social norms often do not have a specific reasoning behind them, they can be more difficult to change than explicit rules such as laws. People often continue to do things the way they have always done them rather than respond to new information or ideas in a changing society, which can have a significant impact on those who do not conform to prescribed social norms.

A taboo is a social or cultural banning of an act. Although the act might not be illegal or punished, it is strongly derided. People raised within the culture are highly unlikely to do the act and highly likely to judge people who violate the taboo.

The term was originally a Polynesian word (tabu). Captain James Cook introduced the term to the English language in 1771. The original word was used to describe a ban on contact with a person, animal, or thing.

Every culture has some behaviors that are considered taboo. Food, dress, bodily functions, and courtship are common themes. Sometimes these taboos are based upon religious beliefs. The ban on behavior might be explicitly taught, or the taboo might be learned based upon other values in the culture. Some examples of taboos include:

In some societies, certain taboos are encoded into the law. Yet taboos are more commonly social prohibitions (especially in industrialized societies). Different cultures have different taboos, and the social norms of one culture might be taboo in another.

However, some anthropologists have argued that a few behaviors are universally taboo. These may include incest, cannibalism, and killing one’s parents. The psychiatrist Sigmund Freud argued these were likely universal taboos.

In 1986, a theory was developed by H.W. Perkins and A.D. Berkowitz to reduce alcohol consumption and related injury in college students, and due to its effectiveness, the social norms theory has since been turned toward other health topics, such as tobacco use and sexual assault prevention.

This theory has been effective because rather than focusing on individual behavior, it addresses the environment and peer influence to correct the misperceptions that lead to problem behaviors. Misperceptions occur commonly in youth, as perceived norms tend to affect behavior more than actual norms. Correcting the misperception by presenting accurate information about the group norms of one’s peers has succeeded in decreasing problem behavior and increasing desired behavior among youth, especially on college campuses.

One example of an effective study applying the social norms theory is the Perception vs. Reality study from spring 2013, which surveyed undergraduates across the United States. This study showed that college students thought their peers were consuming far more tobacco, marijuana, and alcohol at social events than they actually were. With misperceptions corrected and accurate data about the behavior of their peers in hand, college students are less likely to overindulge, engage in risky behavior, or experiment with illegal drugs.