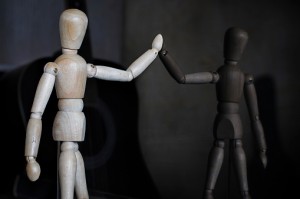 The psychological term self may refer to one’s conceptualization of his or her own personal identity. Depending on the theoretical framework, self can be defined in different ways. Self theory might include constructs like self-concept, personality, identity, and/or the makeup of one’s inner world.

According to an article from the National Institute of Health (2011), the modern concepts of self and consciousness were first established by philosopher John Locke in 1689. In Locke’s An Essay Concerning Human Understanding

he compares personality to a blank slate, or tabula rasa, which is shaped by our experiences and our perceptions of them.

The abstract concept of self can be hard to pin down, but the field of psychology has generated many terms to clarify its meaning:

Several theoretical models of psychology have identified their own definitions of self. For example:

How Is the Concept of Self Used in Therapy?

In most forms of therapy, self is a major focus and self-improvement is often a treatment goal. Examples of therapies that focus on self include:

Self and Mental Health

Mental health issues can largely impact one’s perception of his or her identity. Depression, for example, can negatively affect self-concept and cause a person to feel inadequate or worthless. Anxiety can alter one’s ability to conduct an accurate self-evaluation, thus increasing the chances for low self-esteem.