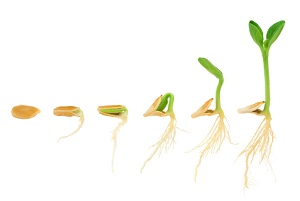 The id is one of three components of Sigmund Freud’s Structural Model of psychology. According to Freud, the id is unconscious and governed by the pleasure principle, base drives, and instincts. It stands in contrast to the superego, which functions as the conscience and the ego, which mediates between the two other components. The ego and superego develop from the id, making the id the original component of psychology and also the least organized.

Role of the Id
Freud conceived of the infant mind as completely id-driven. Babies are concerned with meeting basic physiological needs and driven primarily by basic instincts. This drive to meet base desires continues throughout life, but as the ego and superego develop, they begin to suppress the id and the person is no longer driven entirely by the desires of the id. The libido is also derived from the id, which might help to explain why so much of Freudian psychology focuses on sexuality; sexuality is an original and central component of human psychology.

Mediation by Ego and Superego
The superego is the collection of parental directives and societal dictates that acts as the conscience and strives for perfection. It stands in direct contrast to the id. The ego is the central personality presented to the outside world that must mediate the drives of the id and the demands of the superego. Both the ego and superego develop after the Oedipal complex is resolved in early childhood.

Freud and Science
Freud’s structural model has never been scientifically validated, and the structural components–id, ego, and superego–do not correlate with specific locations in the brain, undermining the contention that this is a structural model. However, the concept of the id has influenced much of psychology. Evolutionary psychology, for example, is concerned with understanding how the human psyche has adapted through evolution. Evolutionary psychologists frequently point to the mismatch between basic human drives and current societal demands.