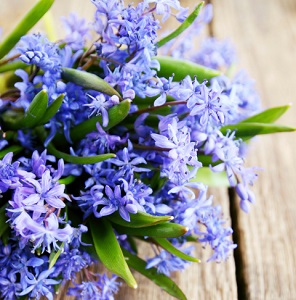 Professor Martin S. Bergmann died January 22, 2014, at a little less than 101 years old. In style, he was the quintessential European gentleman of a certain age and class. Although his reputation made him seem forbidding, he was in fact charming, humorous, flirtatious, and even a bit of a tease sometimes. He was kind, generous to deserving students, and compassionate in his understanding of the human psyche.

When he was still in his eighties, I decided that I wanted to study with him; after all, he embodied the history of the development of psychoanalysis. Who better to study with than someone who had lived it?

Professor Bergmann was a master teacher and analyst, famous for his classes in the New York University postdoctoral program in psychotherapy and psychoanalysis, at the National Psychological Association for Psychoanalysis, my alma mater, for his many books, for his presentations at countless conferences, and for his private seminars, one of which I hoped to join.

He was old school and highly cultured. I wrote a formal letter asking to be admitted to one of his classes, telling him about some of our mutual interests—the Holocaust, psychoanalytic theory, best practices for patient treatment, and his book about Western religion, which was an important reference in my doctoral dissertation. We also knew some of the same people, and I had the necessary references, so I earned a place at his seminar table, which I prized.

I was invited to join the Thursday group, composed of seven or eight mature men and women, although we were all youngsters to Martin. The room where we gathered to study together was, like him, elegant—beautiful furniture, famous works of art, Oriental rugs, luxurious, all framed by stunning views of Central Park. The conversations were as rich as the surroundings, and I saved my notes—two manuscript-sized boxes worth, a trove of explanations and ideas for possible future research.

Bergmann’s teaching methods were clear and simple, well grounded in theory, and characterized by his open-mindedness, excitement about learning, and his questioning attitude. He was never satisfied with anyone’s easy answers, including his own, and encouraged us all to press on until we reached the bedrock of our understanding. His persistence was enlivened by his use of metaphor, his playful mind, his courtliness, and the twinkle in his eyes. The Bergmann seminars were electrifying.

He wrote countless articles and  books, including Generations of the Holocaust, The Evolution of Psychoanalytic Technique, The Anatomy of Loving, In the Shadow of Moloch: The Sacrifice of Children and Its Impact on Western Religions, and (with son Michael Bergmann) What Silent Love Has Writ: A Psychoanalytic Exploration of Shakespeare’s Sonnets. His last book, published in 2013, is The Unconscious in Shakespeare’s Plays. Martin loved Shakespeare and often referred to his writings to elucidate psychoanalytic theory. Studying psychoanalysis with Martin was like taking a seminar in art, music, and literature.

Bergmann edited the classic psychoanalytic texts, Generations of the Holocaust (with Milton E. Jucovy), The Hartmann Era in Psychoanalysis, and Understanding Dissidence and Controversy in the History of Psychoanalysis, which received the Gradiva Award. He was honored with the Sigourney Award for outstanding contributions to psychoanalysis and the Distinguished Psychoanalytic Educator Award.

He considered the development of what he called the “psychoanalytic blackboard” his most important contribution to teaching psychoanalysis. The blackboard was a translation of a person’s narrative about his or her life. I will let Martin explain in his own words, in a speech he delivered last year at his 100th birthday party, hosted by NPAP.

To various degrees, most patients are willing to tell their life stories. The question is how to translate what we hear into an analytic relationship, and here many treatments fail. I coined the term active listening, which translates the story of the patient into a workable “psychoanalytic blackboard” that consists of a series of abstractions that we make out of the patient’s story. In our mind we then compare what we have heard with another fiction: the normal person who encountered no obstacles and no traumatic experiences in her or his childhood. This imagined comparison tells me what was less than optimal in my patient’s development and therefore how to proceed. …

Teaching psychoanalysis, working with patients, and writing and presenting at conferences was not enough, however—Martin liked trying new things, and he took a turn at acting. He appeared in three movies: Schindler’s List, Crimes and Misdemeanors, and The Century of the Self.

Most of all, Martin Bergmann loved working as a psychoanalyst. He concluded his birthday speech as follows:

I remain thankful to psychoanalysis for protecting me from an early retirement and the swimming pools of Florida, and for enabling me to still work and teach at the age of 100 and to still make discoveries and write. I have been told more than once that I had a love affair with psychoanalysis, and this may explain why, as the lover of psychoanalysis, I find it exhilarating to be an analyst.

His exhilaration, compassion, elegance, and intelligence enriched his many students and patients, who miss him. His life will be celebrated at a memorial to be held in the spring.