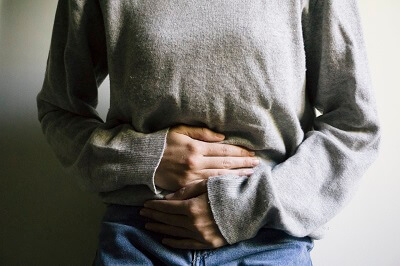 Somatization occurs when psychological concerns are converted into physical symptoms. For example, a person who has just lost a loved one may somaticize their grief through severe fatigue. The prefix “soma” stems from the Greek word for body.

Somatic symptoms can range from joint pain to temporary loss of vision. Though they have no underlying physical cause, somatic symptoms are very real. An absence of digestive issues does not change the fact that someone’s nausea is making them vomit.

Somatization is a symptom, not a diagnosis in itself. It is often part of somatic symptom disorder and conversion disorder, though it can appear with other conditions. People experiencing somatization can get treatment from a mental health professional.

Most people experience somatization at some point in their lives. Throwing up from anxiety, having a headache due to stress, or feeling physically weak after trauma are all examples of somatization. But these instances are typically situational and temporary. Somatization becomes a clinical issue when it causes prolonged and severe distress.

An individual may interpret their symptoms as a bodily illness and see a physician. But the doctor will rarely find a physical explanation for the person’s symptoms. If they do find a physical problem, the symptoms will likely be unrelated to or out of proportion with the person’s condition. (For example, someone who broke their ankle in a sports game may report breathing issues.)

Somatic symptoms are not fake or imaginary. People experiencing somatization are not pretending to be sick for personal gain either—that is called malingering. Somatic symptoms may not have an observable cause, but the pain and distress are real.  Individuals with this issue deserve as much compassion as those with a physical diagnosis.

Somatization is a primary symptom of somatic symptom disorder (SSD). SSD encompasses the old diagnoses of somatization disorder, hypochondria, and pain disorder. The Diagnostic and Statistical Manual (DSM-5) states around 75% of people who were diagnosed with hypochondria now qualify for SSD.

The DSM-5 estimates 5-7% of the general population has SSD. Someone with SSD will have at least one somatic symptom for 6 months or more. An individual may have persistent diarrhea, heart palpitations, shortness of breath, and so on. Pain is a common symptom.

However, simply having an unexplained medical issue is not enough to qualify for SSD. A person also needs to display psychological issues. The person may obsess about the symptoms and devote excessive time and energy to the health issue. Their anxiety is often disproportionate to the risk posed by the symptoms. The person may continue to feel anxious even after a doctor assures them that their condition isn’t dangerous.

In severe cases of SSD, a person may structure their daily life around the somatic symptom. The issue may become a key part of their identity and relationships. An individual may be reluctant to believe their somatic symptoms have psychological roots.

SSD can sometimes be a controversial diagnosis. Many neurological conditions, including fibromyalgia, have been previously thought to be somaticized symptoms because doctors could not find a reason for people’s pain. The latest criteria seek to prevent further mistakes by requiring psychological distress. Simply having an unexplained malady is no longer enough to qualify for somatic symptom disorder.

Somatization also characterizes conversion disorder. Someone with conversion issues can appear to have a malfunctioning nervous system (brain, spine, neurons, etc.). They may have difficulty with voluntary movement or experience changes in their bodily senses.

To give a conversion diagnosis, a clinician must be able to prove the symptoms are incompatible with the associated neurological issue. The incompatibility is often proven by issuing multiple tests. For example, a person with nonepileptic attacks may shake their limbs and seem to lose consciousness. But when a doctor uses an electro-encephalogram to see their brain activity, the patterns of the brain will not match those of epilepsy or show any other abnormalities. This isn’t to say said person is faking a seizure - merely that the seizure is not caused by physical changes in the brain.

There are many theories about why somatization occurs. These theories involve:

Somatization may be caused by multiple factors. It could also have no perceivable cause. Regardless of why the somatization occurs, the symptoms are real and do cause distress. People experiencing somatization can get treatment by finding a therapist.