Why It’s Important to Recognize Male Survivors of Domestic Abuse 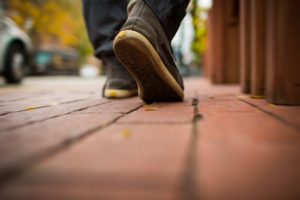 Men can be victims, too. According to Centers for Disease Control and Prevention (CDC), 1 in 4 men have experienced some form of domestic violence, and 1 in 7 have been victims of severe physical violence. Anti-domestic violence rhetoric has not caught up to this reality, leaving many male victims with few resources. Some worry that the abuse is their fault or a sign of weakness. Others are met with derision and stigma when they seek help.

Therapy can help male victims of abuse identify signs of abuse, understand that it’s not their fault, leave abusive partners, and recover from the long-lasting trauma of abuse. For men to fully gain the support they need, the conversation about domestic violence must include them.

Domestic Violence Against Men: What Are the Facts?

The 1990 National Family Violence Survey found similar rates of self-reported domestic abuse among women and men. Wives reported committing violence at a rate of 12.4%, compared to 11.6% of husbands.

Men who have romantic relationships with men face an even higher rate of domestic abuse. A 2018 study of 160 male-male couples in three different cities found that 46% of respondents reported experiencing some form of domestic violence in the past year.

Research on domestic violence among nonbinary and transgender populations is still in its infancy. Rates of many forms of violence are higher in gender nonconforming populations, so it’s likely that domestic violence is more prevalent in gender nonconforming groups as well. Violence against transgender and nonbinary people often uses their identity and vulnerabilities as a means of control and exploitation. For instance, an abusive partner might threaten to out a transgender man to his employer.

Intersecting oppressions can further compound the effects of domestic violence. A 5 year University of Texas study found that black and Latinx couples are 2 to 3 times more likely to report domestic violence. Differences in access to power and privilege may intensify the effects of domestic abuse. For instance, high profile stories about police shootings of unarmed black people may make black male abuse survivors more reluctant to contact law enforcement for help.

Pervasive myths about domestic violence against men can deter men from seeking help. Even when they do seek help, men face an uphill battle to find resources.

Domestic abuse survivors of all genders and backgrounds may struggle with getting people to believe their claims. Abusers may seem superficially nice and use that to their advantage. Male survivors are even more likely to struggle to gain acceptance of their claims. Some of the barriers male survivors face include:

Is There a Lack of Access to Resources for Men?

Pervasive myths about domestic violence against men can deter men from seeking help. Even when they do seek help, men face an uphill battle to find resources.

One study of 302 heterosexual men who sought help from domestic violence hotlines found that most did not get the help they need. Sixty-four percent of hotline workers told the men that the hotline only served women. In 32% of cases, abused men were referred to programs for abusers, suggesting that the person who took the call did not believe the caller needed help. Sixty-nine percent of participants reported their call to a hotline was “not helpful.”

Leaving an abusive relationship can be dangerous. Research consistently shows that abusers are more likely to kill their partners in the weeks immediately following the relationship’s end. Domestic violence shelters can provide a safe space for people escaping abuse, especially when the abuser also controls access to financial resources. Most shelters, however, cater exclusively to women. Even shelters that are open to men have a limited number of beds available. Men may have to wait months to gain access to a shelter, assuming a shelter is available at all.

Prompt intervention by law enforcement immediately following an act of domestic violence can save lives. For decades, women’s rights groups have lobbied police departments to take intimate partner violence seriously. While the culture of some police departments regarding female victims has changed, men continue not to be believed in many cases. Police may not take abuse against men seriously or even mock men who claim to be victims.

Bringing Inclusivity to the IPV Conversation

Widespread discussions of concepts such as toxic masculinity, misogyny, and male abuse of women have brought male abuse to the fore of our collective consciousness. This has the power to spur important social change. But the widespread nature of male violence conceals a less well-known problem: violence against men. Discussions of violence that assume a male perpetrator and a female victim are stigmatizing. They uphold inaccurate gender myths, support a false gender binary, and deter people who need help from seeking it.

In therapy, providers must take seriously the possibility that men, women, and people of all genders can be abused. Therapists concerned about violence between couples should talk to both members of the couple about experiences with violence rather than assuming the perpetrator is male.

It’s equally important for friends and family to be mindful of the effects of domestic violence on men. Domestic violence is not a joke. A man who shares an experience with intimate partner violence has taken a significant risk. Listen to him. Offer support. Reassure him that he is not alone.

Only by destigmatizing revelations of violence can we begin upending a culture of abuse. Male victims matter, too.