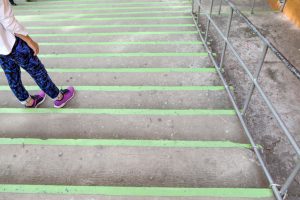 What Does It Mean to Be Nonbinary?

While Western cultures have traditionally recognized gender as either male or female, there is a growing understanding of gender as something that is not binary but instead occurs on a spectrum. The term nonbinary is a broad one and encompasses individuals who do not fit strictly into the category of either male or female. The terms genderqueer and gender-nonconforming are also used to describe those whose gender identity is nonbinary. Similarly, the term agender is also used by some people who do not identify with any gender, or are gender neutral.

Some people who have a nonbinary gender identity may not feel comfortable using gendered pronouns, such as he, she, his, and hers. Neutral pronouns such as they/them/theirs are commonly used. In fact, the word “they” was declared word of the year by the American Dialect Society in 2015, suggesting a growing awareness and acceptance of nonbinary gender identity. Other individuals may use pronouns such as “ze,” “hir,” or “xe.”

Individuals with a nonbinary gender may appear androgynous, or they may have a physical appearance that is considered to be more traditionally masculine or feminine. Gender identity, or one’s internal sense of gender, can be the same as or different from gender expression, which is how an individual presents to the world. People might tend to assume gender upon first meeting an individual, but as it is not always possible to determine a person’s gender just by looking at them, this assumption may not always be accurate. It is generally considered best to not assume a person’s gender. As recognition of this fact has become more widespread in recent years, the practice of asking other people their pronouns, instead of automatically assuming gender identity, has become more prevalent.

While some intersex people are nonbinary, having a nonbinary gender identity is entirely distinct from being intersex. The fact that nonbinary people do not fit into a binary gender category does not necessarily have anything to do with the anatomy they were born with. Intersex individuals are born with reproductive or sexual anatomy that does not align with what is considered “typical” male or female anatomy. In years past, doctors and/or parents would decide whether a child would be male or female, but this practice has largely been recognized as likely to cause significant harm. As children grow, they develop an internal sense of gender, and allowing them to define their own identity–whether this identity is male, female, nonbinary, or otherwise—has been increasingly recognized as the best practice.

Nonbinary is an umbrella term that encompasses a broad range of individuals with varying identities. Some people who identify as nonbinary also identify as transgender, but others may not. Because the language of gender is still evolving, the terms currently available to describe gender identity are not always standardized or agreed upon, and it is often left up to each individual to choose the terms that best reflect their gender identity.

Facing Stigma as a Nonbinary Person

Gender is a topic that is being discussed more widely in general, and recognition of concepts such as nonbinary gender is also increasing. Nonbinary people may, therefore, be more recognized and accepted than in years past, but nonbinary gender is still often viewed as “different” or outside of what is “normal” by many people. A gender binary is often assumed by many people, leading nonbinary individuals to often be viewed with skepticism and doubt.

The stigma that exists around nonbinary gender identity, and the prejudice and discrimination many face, can be difficult to deal with, potentially painful, and may contribute to mental health and emotional concerns.

People who are gender-nonconforming may be at increased risk for depression, anxiety, substance use, and victimization. While the stigma associated with a nonbinary gender identity may present many challenges, people often still experience a sense of relief once they are able to be open about their experience of gender and have the words to describe it. Knowing the term nonbinary exists to describe gender identity that doesn’t fit into a binary system helps many people who do not identify as exclusively male or female feel validated and understood.

New terms such as pronouns may seem unfamiliar at first, and some people may find it difficult to adjust their perspective of a person they have known for years. However, recognizing a person’s pronouns and identity, and accepting gender as a spectrum rather than a binary, is the best way to show them support, and doing so can help increase acceptance and reduce stigma and prejudice.

How Can Therapy Help?

If an individual is struggling to understand or explain their gender identity, therapy can be helpful. A trained therapist, especially one who has background in gender identity issues, can provide support and guidance as an individual explores their personal experience of gender. A therapist can also provide support to those who are facing victimization, discrimination, bullying, or any other difficult situations a person may be experiencing. Therapy is also helpful to address any emerging mental health symptoms, whether they occur in relation to a person’s gender or for unrelated reasons. People who are gender-nonconforming are at greater risk for a number of mental health concerns and may also have an increased risk of suicide, but they do not necessarily experience a mental health issue simply due to being nonbinary.

Some people who identify as nonbinary may pursue hormone therapy or other medical interventions in order to change their physical characteristics to align them more closely with their gender. A trained therapist can help an individual research, explore, and understand the options available to them, in a safe, supportive, and affirming environment.