Why Do I Take Care of Everyone’s Emotional Needs Except My Own? 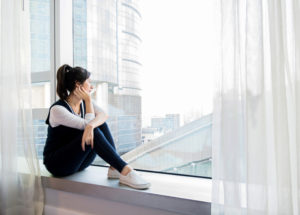 When I think about the people I work with in therapy who struggle with issues of separation and individuation, I notice that many who are confused or conflicted about who they are and what they want are very good at knowing what others need. They are often in relationships with significant others (e.g., partners, parents) where their role is to function as an emotional caretaker. In this role, they feel required to take on the responsibility for managing the emotional life of the other to assure that no uncomfortable and unwanted feelings are experienced. Not only does this require that they be on alert for the impact of the world on their significant other, but, most important, the caretaker must never be the cause of the other’s unwanted feelings. Critically, they must never allow their own wishes and desires to be considered as they undertake their role of regulating and soothing the other’s feelings.

What the Child Needs

From birth, the nature of the attachment between the infant and the primary caregiver impacts the development of the child’s sense of self and lays the groundwork for becoming an adult who can feel safe and secure in the world. The child needs a predictable, reliable relationship with a significant other who is able to be attuned to the infant and respond to their needs. This is essential for nourishing the development of an emotionally healthy human being who can trust and feel confident, valued, and stable. When these fundamental needs are absent, the infant is deprived of the resources and ability to reliably know who they are, what they need, and how to get their needs met.

The child develops into an emotional caretaker when parents fail to supply the basic needs that good enough parents provide and, instead, the child is expected to provide for the parents’ needs. Some of the critical ingredients that allow children to blossom into loving, resilient, separate, self-aware grown-ups include the experiences of being:

Factors Associated with the Inability to Nurture

There are many factors that make it difficult for children, at all stages of development, to receive the basic requirements for getting the needed responses from their parents and/or significant others. The following (which refers to parents, primary caregivers, and significant others) is a very incomplete list of factors associated with the child becoming an emotional caretaker. This includes parents who are:

The Development of the Emotional Caretaker

What the parents in the list above share is an overriding interest in having the child meet their needs and a lack of awareness of and/or inability to be attuned to, care about, or consider their child’s needs as a frequent enough priority. The child learns they are expected to be responsible for regulating the parent’s emotions so the parent can be relieved of experiencing uncomfortable and intolerable feelings. If the child is successful in keeping the parent in a positive, contented state, they will be rewarded with the parent’s approval, interest, and connection. If unsuccessful, the child can feel isolated, abandoned, anxious, depressed, alone, guilty, terrified, and ungrounded. This puts the child at risk of believing the child is responsible and deserving of the parent’s neglect and disapproval.

Fran is a 56-year-old mother who feels required to caretake her significant others. She came into our session reporting a panic attack when her daughter told her she wasn’t supportive enough of the daughter’s wish to change jobs:

“I thought I was being supportive,” Fran said. “How could I be such an awful mother and make such a terrible mistake? I’m usually so careful and figure out just the right thing that makes my daughter happy. She’s 23 now, but since she was born I‘ve been on constant alert to any upset she might have and I feel like I’ve done something horrible when I can’t make her feel better.”

Fran struggles with anxiety in her relationships with her daughter and her husband. She has transferred the “powerful mother-compliant daughter” relationship she experienced in her childhood onto these familial relationships. Fran learned the necessity of emotional caretaking from infancy when she understood, if only unconsciously, that to get any of her own needs met and to not feel like a terrible person, she always had to make her mother a priority.

Learning to value oneself, and learning to feel comfortable considering oneself a priority, will evoke those old feelings. It is a formidable task to question the basis of those feelings and contemplate rejecting the definitions of self they imply.

Fran recalled that, as a child, “I was so attached to my mother. She could make me feel so good when she paid attention to me. But I always knew those feelings could disappear in a second if I missed her wish or didn’t fix some upset feeling. My father was a salesman and away a lot and he was also an emotionally distant person. I understand now that my mother had some trauma in her childhood. Her mother died when she was very young. But it’s hard to think she was, and still is, a fragile, needy person when she seems so large and powerful to me. I see that now, but it doesn’t change the power she had over me then and even now.”

I wondered: “How is she powerful now?”

Fran replied: “She’s going to be 80 and she looks so small. But maybe that makes it worse. I worry even more that I can hurt her. Every time I don’t figure out correctly what she wants or fail to give it to her, she feels hurt. I remember one time, I must have been 8 or 9, and I wanted to go on a sleepover to my friend’s house. My father must have been on the road. I was pretty good at not asking for things I figured my mother wouldn’t want me to have. I didn’t want to upset her. Maybe I remember this because it was unusual for me to even let myself know what I wanted, let alone ask. But I asked and—I’ll never forget that look. It was so full of scary feelings. I probably couldn’t identify them at the time, but I guess there was anger, contempt, disgust directed at me. I think I was terrified. Probably what made it worse—and I can’t be absolutely sure of this memory—is that her words, which she said sweetly, were something like, ‘Oh, I thought we would spend some time together.’ She may not actually have told me that I couldn’t go, but I got the message she was the sweet mom and I was the mean daughter.”

The Child’s Adaptation to the Parent’s Needs

The parent’s caretaking of the child is conditional on the child’s success in caretaking the parent. Typically, the child will begin to feel like a bad person for not fulfilling the parent’s wishes and desires. These feelings are learned early through the parent’s conscious, unconscious, direct, and indirect communications. The most powerful lessons are not conveyed through words as much as through the child’s felt experiences of (1) anxiety for not responding successfully; (2) guilt for not being good enough; and/or (3) shame for being thoughtless, hurtful, neglectful, etc. of the parent.

The child learns (mostly unconsciously) to choose approval and love which they earn if they excel at recognizing and responding to the parent’s needs. Thus, to avoid painful feelings and create hope for good feelings, the child becomes hyper-focused on what the parent needs and wants. They must be hypervigilant in their attunement to the parent and dedicate themselves to keeping the parent in an emotionally even place. However, even if they are successful, the good feelings are transient and can easily be disrupted if the parent feels the child has loosened their vigilant devotion. Thus, the vigilance must not cease.

Fran’s awareness of what her mother wanted brought quick compliance. Most likely she was unaware of her own conflicts. The child’s anxious attention to their parent’s needs necessitates the (often unconscious) blocking out of awareness of their own wishes and desires. It is reasonable to assume that as Fran reacted to that look, her unconscious functioned to erase any desire to know or consider her own needs, allowing her to avoid bad feelings and focus on possible good feelings spending time with her mother. It’s also possible that simply expressing her desire for the sleepover might have ruled out any approval for Fran’s ultimate compliance.

The emotional caretaker has little choice but to become a compliant person who is dependent on the parent to be the ultimate definer of who they are, what they need, and how they should think and feel about themselves. Self-reflection, discovering one’s own desires and feelings, learning what one wants, and feeling comfortable about getting it can be dangerous. This dynamic does not support the child’s growth and development into a unique individual who can feel confident, worthy, safe, and secure.

The process of becoming a person who can know what they need and be comfortable asking for it, instead of automatically caretaking the significant other, can be difficult and painful. Since prioritizing the other has been well developed to avoid horrific feelings, it is understandable that changing this behavior will require tolerating the many feelings from significant others that have been vigilantly avoided.

Learning to value oneself, and learning to feel comfortable considering oneself a priority, will evoke those old feelings. It is a formidable task to question the basis of those feelings and contemplate rejecting the definitions of self they imply. The early parent-child relationship needs to be explored, and it will be painful to recognize the parent’s role in creating these bad self-feelings. Additional pain can be expected as one attempts to change behaviors in relation to significant others. What is difficult, but necessary, is to develop the tolerance for the emergence of bad feelings while changing behavior from always prioritizing the significant other to giving equal consideration to oneself.

As one becomes increasingly aware of one’s own needs, it may be emotionally demanding to say no to loved ones and choose oneself. The goal is to develop the ability to find balance between attending to those we love and prioritizing ourselves. This balance is developed simultaneously with the growth of new definitions of self as a person who feels secure, valuable, confident, and loveable.