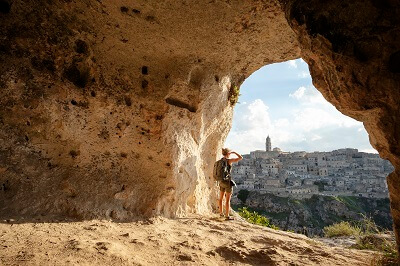 Individuation refers to the process through which a person achieves a sense of individuality separate from the identities of others and begins to consciously exist as a human in the world. When difficulty arises in the process of developing and understanding one’s true self, a therapist or other mental health professional may be able to offer guidance, encouragement, and support.

One's unique self-identity, which is separate from that of any other individual, develops through the process of individuation. Individuation is ongoing and can be considered both a goal and a lifelong process.

Though Jung saw individuation as a process that largely occurs in the second half of life, the psychiatrist Michael Fordham furthered understanding of the process as one that begins in infancy—after birth, following the early stages of separation. Margaret Mahler also helped develop this theory of the process of individuation. According to Mahler, an individual begins life in a symbiotic relationship with the primary caregiver (typically the mother) before recognizing the self as a separate being and forming an independent identity.

According to Mahler, an infant begins life in a state of fusion. In this state, infant and the mother (or other caregiver) essentially exist as one. The process of separation-individuation begins around the fourth or fifth month of life with the phase of differentiation, in which the infant starts to recognize the mother is a separate being. The phase of practicing begins around the eighth month. During this period, the baby will typically gain mobility and start spending time away from the mother. Rapprochement, which typically starts around 15 months, involves the baby becoming aware of increasing amounts of separateness from the mother. The final stage of this process, according to Mahler’s model, begins around the age of 2 years. At this stage, the baby will typically recognize a sense of personal identity and hold a stable mental representation of the mother or other caregiver, even when the mother or other caregiver is not present.

When the process of separation-individuation is navigated successfully, a child is typically able to have a sense of healthy autonomy and a firm sense of individual identity. When parents allow increasing amounts of independence, a child will typically be able to develop a sense of self-confidence. If parents are overly protective or anxious, the child may experience feelings of inadequacy and/or self-doubt. Additionally, parental acceptance of a child’s feelings is considered essential to the process of individuation.

Individuation in Adolescence and Young Adulthood

The process of individuating from one’s parents takes on great importance in adolescence. Ideally, a family will allow a child room to grow and explore aspects of identity, personality, and self (within reason) in order to discover and develop (even when this contradicts with what the family might wish for the child). When parents do not accept the feelings, choices, or identities of their children, the individuation process may be negatively impacted. Further, children who are not allowed to experience challenging emotions such as sadness, worry, or anger may find it difficult to learn to know or trust their own feelings and thus, may not adequately develop a sense of trust in themselves.

Adolescents continue to individuate from their parents as they move into young adulthood. They choose their own schools, friends, hobbies, careers, and travel destinations and make a number of other life choices that may be at odds with the choices of their families and/or what their families want for them. Those who have successfully individuated will likely be able to make these choices with little anxiety. However, the process of individuation may be challenging to some, for a number of reasons, and making choices that veer from family ideals and values may prove difficult. An inability to individuate, or the suppression or denial of the true self, can both cause distress and negatively impact the development of a defined sense of identity.

Why Is Individuation Important?

The process of individuation is considered essential to the development of a healthy identity and the formation of healthy relationships with others. A person who does not adequately individuate may lack a clear sense of self and feel uncomfortable pursuing goals when those goals differ from the wishes of family or significant others. Feelings of depression and anxiety may result. Difficulty individuating may also lead to increased dependence on others, challenges in romantic or professional relationships, poor decision-making skills, and a general sense of not knowing who one is or what one wants from life.

Troubled or harmful family dynamics often contribute, at least partially, to a stalled or unsuccessful individuation process. Relationships with both parents and siblings may have an impact on individuation, and the seeds of later challenges may be planted at any stage of the developmental process.

Individuals whose parents and siblings offer support and encouragement throughout the individuation process are likely to have a developed identity and sense of self and may be better able to make choices and pursue goals with little anxiety or self-doubt.

Individuation is necessary to the process of self-analysis and discovery. When the process is delayed, mental health issues and difficulties in personal life may result. Family dynamics, untreated mental health concerns, and environmental factors might all negatively impact the individuation process. Therapy can help people who are attempting to successfully individuate by helping them work through these and other concerns while allowing for the expression of aspects of the self that may not be acknowledged in other settings.

People seeking help with individuation often find therapy a safe place to share thoughts and feelings and express desires without worrying about judgment or societal acceptance. Mental health professionals can also help individuals explore potential reasons behind disruption of the individuation process and address any mental health issues, if they are present. In addition, a therapist can provide support as people work toward being better able to set healthy boundaries, communicate assertively, and develop other skills that allow for the expression of personal identity.