Why Can’t I See Myself as Anything but Ordinary? 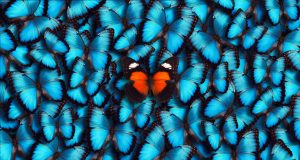 Some people have difficulty comfortably accepting qualities and capacities about themselves that are notable. They feel anxiety and shame if they even consider they might be special in any way. Fears of being criticized or seen as egotistical or arrogant and worries about being humiliated or made to feel small function to keep these people in check. Risks of competition and the dread of envy can stifle good self-feelings and inhibit relationships. It is too dangerous to come out in the world as anything other than unexceptional and unremarkable.

“I have the idea you didn’t believe me when I just said how smart you are,” I said to Jason as I responded to his skeptical look and apparent discomfort. Still looking uncomfortable, he replied, “You’re sort of right. It’s not that I think that you’re lying, but I think you’re wrong. I know I’m intelligent, but you seem to be implying that I’m especially smart and that’s just not so. I’m not the kind of smart that warrants any special mention.”

Jason and I began to look at his feelings and his need to not be seen as out of the ordinary. I asked about his associations or memories to feeling anxious when thinking he might be special. He immediately responded with a story of when he was 10 years old and came home from school excited about making the soccer team:

“I remember being at dinner with my family and feeling excited and describing how I tried out for the team and made a goal. I was beside myself with joy. My father told me, ‘Calm down, it’s not like you’re a star athlete. Better not be so full of yourself, your teammates won’t like it.’ I tried to hold back my tears. Even now, when I remember this I think about what a fool I made of myself, thinking I was such a big deal.”

I wondered aloud to Jason: “Perhaps the message you heard was not only that you were not remarkable for not making the team, but that if you acted as if you were, peers would react badly.”

Jason responded: “Yes, I remember feeling proud and that I was special and then I got scared my friends could think I was conceited. It made me anxious. I suppose I got a lot of messages that made me feel the things I did weren’t special, that there was nothing about me that was special and I shouldn’t feel special. It was confusing because sometimes I did feel like I did special things. I won a math medal in high school and was a straight-A student in math. But neither of my parents said much about it other than something like, ‘That’s nice.’ I wish I was really smart, but if I let myself believe that for even an instant, I feel ashamed and conceited and would never want anyone to think I could have such high-and-mighty thoughts about myself. I tell myself to stop fooling myself, but I’m never clear about what’s true about me.”

Jason and I worked on his anxiety and his underdeveloped ability to reliably have a sense of himself. He learned to use the world as a mirror to see all the ways in which he is responded to: positively, negatively, and even superlatively. As we worked, it became apparent Jason was frightened to engage competitively in the world. He acknowledged:

“It’s dangerous to do too well. I picked a career in technology where I work pretty much as a loner. I don’t have to put myself out there where others can compare themselves to me. I don’t want to feel their judgments that I don’t measure up. Worse would be if they saw me as very successful and envied me or wanted to tear me down and be better than me.”

When Jason’s father implied his teammates might not like it if Jason was a star on the team, he may have been (consciously or unconsciously) communicating it was dangerous to engage competitively and to be envied. While I don’t know if this was the case, Jason seems to have internalized the idea he is not a person who is remarkable or who does outstanding things. This idea may have developed as a defense against becoming a target of destructive envy and/or of being humiliated.

Lily, like Jason, is a person who suppresses herself by swallowing good self-feelings and by silencing herself in order to avoid anxiety, humiliation, envy, and/or a wide range of bad-person feelings. Lily is in serious conflict about who she is. Not only does she feel clueless about her abilities and talents, but she is especially uncertain about her physical appearance: is she pretty, attractive, fat, sexy? Or is she unattractive, plain, and unappealing? To keep herself safe from unwanted and intolerable feelings (her own and others’), Lily needs to remain ignorant about what she looks like, who she is, and what she feels.

I have been working with Lily for three years. The first time she walked into my office, I recall thinking how perfect she looked: a pretty, 45-year-old woman, beautifully dressed, with a perfectly made-up face and a stylish haircut flawlessly in place. However, underneath this façade was an intense degree of anxiety which she attempted to manage by her powerful drive to be in control of herself and her environment. What became clear early in our work was that Lily’s anxieties were connected with her strong fears about how she is perceived in the world:

“I just don’t know how to think about myself. I want desperately to be liked, to be seen as beautiful and smart. I’m afraid this is going to sound crazy, but I know I’m pretty and smart and I’m also totally sure I’m unattractive and stupid. I can’t trust if I’m likable. It doesn’t take much—a funny glance or an unreturned email—to make me think the worst. One minute I think I’m amazing, and the next minute I feel like a nut case for thinking I could be so great and then I feel even worse for wishing it. My worst fear is everyone will find out I’m a narcissist and an egomaniac. I’ll be humiliated and feel destroyed when I’m reminded of the truth. It has to be a secret. Who the hell am I?”

Lily and I explored what might contribute to how she became a person who is so uncertain about who she is. As I got to know her, it was clear she was not only a classically attractive woman, but she also was smart and charming and quite likable. Why hadn’t she been able to internalize an accurate and positive sense of who she was? Why was it so anxiety-producing to acknowledge her good stuff to herself and to the world? Lily’s thoughts about these questions led to her memories of her relationship with her mother:

“Whenever I think about my mother, I hear her voice saying, ‘Why don’t you put more makeup on,’ or ‘You can’t go to school dressed like that,’ or she’d tell me I should go on a diet or how I should never act as if I knew more than boys. She told me people, especially boys, don’t like conceited girls who think they’re ‘so much.’ I was pretty sure she was telling me I wasn’t ‘so much.’ I believed and listened to every word she said.”

“My parents divorced when I was 2, and my mother dated a lot but never remarried. I was very close to her. She was beautiful and always interested in her looks. She could spend hours trying on clothes or jewelry. I always got the feeling I couldn’t compete with her. Mostly it was all about appearance. But she never made me feel smart. I remember she once told me I didn’t have to be smart and I needed to work on my looks. I kept working on my looks, but I never got the feeling I got her approval for my mind or my body.”

Lily took on her mother’s view of how she should be and didn’t allow herself to consider what her own thoughts, feelings, and needs were. She learned to dismiss many of her positive self-feelings and think of them as conceit or unfounded. Lily’s need for her mother’s approval had been a powerful influence on Lily’s development. Now she was trying to become aware of her own sense of self so she could form an identity separate from her mother’s definitions. One day, Lily came to her session with great excitement:

“I kept wondering what was in it for my mother to have me think about myself so negatively and believe I should never feel or express good things about myself. I have this new idea maybe she was competitive with me! I think it is true. I was looking at pictures of me. I was pretty—a pretty little girl and a pretty teenager! Unbelievable! I don’t think she wanted me to know that. As long as I thought I wasn’t a pretty or desirable young girl, I didn’t feel like one and couldn’t act like one. I think she might have envied me.”

Lily and Jason are working on noticing the positive and appreciated ways in which they are seen. Experiences such as compliments, salary increases, smiles, and invitations are registering with new meanings. The anxieties of “being full of myself” are diminishing as Lily and Jason are better able to tolerate discomfort while developing an acceptance of their more-than-ordinary selves. As they continue to grow their unique and valued selves, issues of competition and envy continue to be addressed.